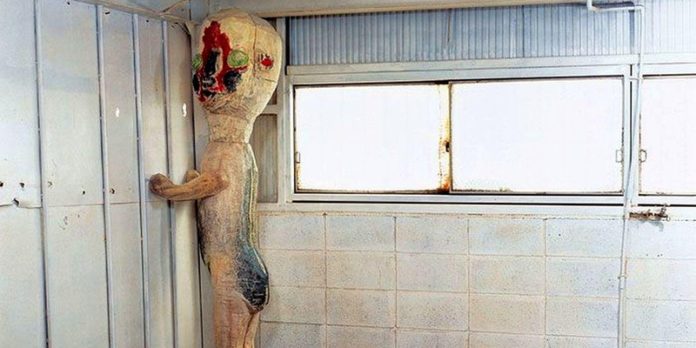 This article is not for the faint-hearted. Web addicts, who patrol the darkest corners of the Internet in search of chilling paranormal conspiracy theories, this is not for you either (for obvious reason). This article is about the SCP Foundation – a secretive, quasi-governmental organization that locates, captures, and contains dangerous supernatural creatures, people, and artifacts.

SCP — which either stands for Secure, Contain, and Protect or Special Containment Procedure —originated in 2007, when SCP-173 was posted as a creepypasta thread in the “paranormal” /x/ forum of 4chan. But what is the Foundation, and what is it protecting and containing?

Attention. If #NewYorkCity reverts to New Amsterdam please give us a call on our toll-free hotline. pic.twitter.com/jTpoT3r3QU

CNET calls it “a wondrously creepy place, home to a user-generated database for the mysterious eponymous organization; a clandestine body with a disturbing purpose: securing and containing unexplainable, deeply dangerous artifacts and beings with eldritch powers.”

Operating clandestine and worldwide, the Foundation operates beyond jurisdiction, empowered and entrusted by every major national government with the task of containing anomalous objects, entities, and phenomena. These anomalies pose a significant threat to global security by threatening either physical or psychological harm.

The Foundation operates to maintain normalcy, so that the worldwide civilian population can live and go on with their daily lives without fear, mistrust, or doubt in their personal beliefs, and to maintain human independence from extraterrestrial, extradimensional, and other extranormal influence.

Under the three genre — science fiction, urban fantasy and horror — the SCPs are classified as: “Safe” (for objects understood well enough that they can be contained easily), “Euclid” (for objects that are unpredictable or not well-understood), and “Keter” (for objects that require extensive containment procedures and which pose a large-scale threat to human life).

The SCP Foundation maintains containment procedures for over 2,000 SCPs, including some of the most frightening, intensely odd, surreal, and often disturbing concepts on the Internet. Here are the most chilling and popular SCP entries:

SCP-055: A “self-keeping secret” or “anti-meme,” SCP-055 causes anyone who examines it to forget all of its characteristics, thus making it indescribable.

SCP-1171: It is a two-story house in Australia whose windowpanes are continuously covered in condensation, regardless of relative humidity. A hostile alien actively communicates by writing in the condensation; two-way communication can be accomplished by writing back.

SCP-294: It is a standard coffee vending machine, but with an entry touchpad with buttons corresponding to an English QWERTY keyboard, which can deliver any substance that can exist in liquid state – water, coffee, beer, and soda; sulfuric acid, wiper fluid, and motor oil; or nitrogen, iron and glass.

SCP-682: It is a large, strong, fast, extremely intelligent, brutally violent, vaguely reptile-like creature of unknown origin with a hatred of all life.

SCP-1609: It was previously a peaceful humanoid armchair that teleported to a nearby person who felt the need to sit down. At present, SCP-1609 is a mulch that teleports into the lungs of a nearby person, causing immediate and severe lacerations to the interior of the lungs, as well as pulmonary obstruction, which rapidly leads to the victim’s death. SCP-087: It is an unlit platform staircase that appears to descend downwards forever. It is inhabited by SCP-087-1, which is described as a face without a mouth, pupils or nostrils. SCP-604: It is a set of extremely ornate and elaborate tableware and dishes. Whenever an edible solid is placed onto one of the plates, or a liquid is poured into one of the drink vessels, the food will transform into human flesh, or the nearest equivalent organ, body part, or fluid.

SCP-610: It is a contagious skin disease which begins as rash or itching, but causes heavy scar tissues to form in the chest and arm areas, spreading to the legs and back, consuming the victim completely within five hours. After the infected tissues begin to grow and mutate, forming new appendages and growths, the full-body infection results in victim’s death. SCP-173: The most famous artifact is a deadly monster incapable of moving when in a direct line of sight, but can attack by snapping the neck at the base of the skull, or by strangulation when out of line of sight, including when you’re blinking.

Based on the SCP Foundation, a live-action web series also entered production in 2013.

This article (SCP: Inside a Scary, Creepy, and Dangerously Disturbing Secret Corner of the Internet) is a free and open source. You have permission to republish this article under a Creative Commons license with attribution to the author and AnonHQ.com.