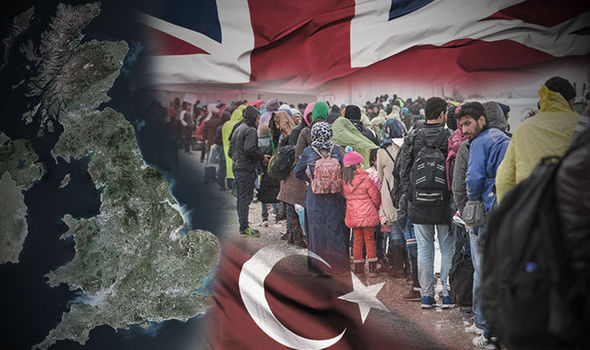 In 2015, more than one million desperate migrants entered Europe. The civil wars in the Middle East, especially in Syria, have destroyed many human lives, compelling others to find safety elsewhere.

In early 2016, it was projected that the number of migrants entering Europe would surpass the amount recorded in 2015. This prompted many European leaders, especially those on the far-right of the political divide, to issue a warning that if the migration crisis is not handled well, the European Union (EU) will collapse.

Therefore, since the beginning of this year, EU leaders have been busy considering all the options that would keep potential migrants off their soil. One of the options on the table was to strike a deal with Turkey, so that migrants who cross from Turkey could be sent back to Turkey. Since the migration crisis started, Turkey has been a key location for the migrants. Turkey has taken many of the migrants. However, due to insufficient resources, many migrants want to reach Europe, where they could get better living conditions. On March 7, 2016, Turkey agreed to accept the rapid return of all migrants crossing from Turkey into Greece, and to take back all irregular migrants intercepted in Turkish waters. Turkey and the EU also agreed to accept the establishment of a NATO activity on the Aegean Sea, to prevent migrants from using the sea to reach Europe.

But what will Turkey get from this deal with the EU? Turkish citizens will obtain visa-free entry to the EU. The EU will also give Turkey about $3.4 billion, allowing the country to make preparations to fast-track its full EU membership status. This means the migration crisis has given Turkey the opportunity to join the EU, something that seemed impossible before the migration crisis. Turkish citizens’ right to visa-free travel across the Schengen Zone in the EU is already in the pipeline.

In the midst of this controversial deal between the EU and Turkey, the Express (publisher of the Daily and Sunday Express) in the United Kingdom (UK) has dropped a bombshell. The paper reports that a recent poll in Turkey has revealed that more than 12 million Turkish citizens are ready to leave their country and settle in the UK once they join the EU. The UK is currently debating whether to exit the EU or not. According to the Express, the survey was carried out by a leading Turkish pollster known as KONDA. KONDA is said to have conducted face-to-face interviews with 2,685 Turks aged 18 and over, in 27 provinces of the country, between May 7 and 8, 2016.

Each person was asked the question: “If Turkey becomes a full member of the EU, and Britain remains in the EU, would you, or any member of your family, consider relocating to Britain?”

15.8% of respondents responded that they would consider migrating to the UK. 84.2% said they were not thinking of making the move to the UK. It is said many of those who want to travel to the UK are unemployed. Turkey’s current population stands at approximately 80 million. The 15.8% of respondents are equivalent to 12.6 million people, the pollsters revealed. Those who wanted to live in the UK were further asked about their religious and political views, their earnings and their level of educational qualifications. 46% described themselves as non-believers who live a ‘modern’ lifestyle, with an even split between men and women keen on a new life in the UK.

The pollsters concluded that there is no overall difference between people who work and those who do not, but those who are most likely to consider relocating are unemployed people (36%), students (34%), and people who work in the private sector (26%). Since the results of the polls were published, some commentators have said that the current dilemma was caused by the EU’s decision to assist purely economic migrants. They also urged the UK to stay in the EU, so that it could also suffer the consequences of the decision.

This Article (Poll Results: 12 Million Turks Want To Live In The UK Once EU-Turkey Deal Is Signed) is free and open source. You have permission to republish this article under a Creative Commons license with attribution to the author and AnonHQ.com