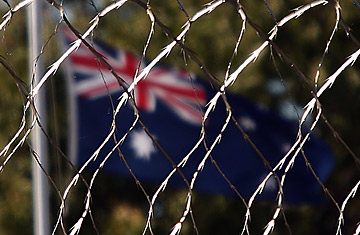 Australia, NSW – The largest prison in Australian history is set to be privately built and managed in Sydney, and it is said it will house almost half the NSW prisoner population, which currently stands at 12,600.

The proposal follows Corrective Services Minister David Elliott as saying: “I’ve long held the view that prisoners should not have the enjoyment of a seaside setting,” referring to the prime real estate the current Long Bay Jail at Malabar occupies.

Australia has suffered a contentious past with privately run prisons, including the maximum security Port Phillip Prison in NSW’s neighbouring state, Victoria. The Port Phillip Prison is currently run by G4S, the same security firm accused of human rights failings with the Manus Island detention facility.

Contenders for the private contract have not yet been released to the public, but G4S is expected to make a bid on the future 5000 bed prison, as well as Serco. A new prison is also being planned for the Grafton area in NSW (which saw a public prison close recently), and will accommodate a further 1700 prisoners. It has yet to be announced if this facility will be state run or privately owned.

The system is overcrowded, one report found, but critics of the new proposal said this could have been avoided if several prisons were not shut down by the Liberal government in recent years.

It is also rumoured that developers are “hungry” for the Long Bay sale because of its prime 32 hectare setting near the Eastern beaches. The lucrative deal would see up to 400 million dollars in deals to the government coffers.

Both Serco and G4S are international security organizations with a massive reach in their fields:

Serco, a British company, operates in defence with the UK, US and Australia; justice and immigration; has a partnership with Lockheed Martin and Jacobs, which manages the UK Atomic Weapons Establishment; and transport in the Middle East. They currently run the Acacia facility in Perth – the largest prison in Australia to date.

G4S, on the other hand, which is headquartered in London but had its start as Group4 Securitas in Holland, has the catch phrase “Securing your World.” The international security company works in oil, gas and private energy sectors, the government, transport, mining, and ports and airports.

The cash cow that has become the Prison Industrial Complex only grows as the refugee crisis and overcrowding in prisons increases. The overcrowding in the prisons worsened once the government shut down state run prisons for the usual land sales. G4S’ track record in abusing human rights in Manus Island and in the UK, are also well documented.

“G4S cannot evade responsibility simply because those violations are sanctioned by the Australian government,” Ms Patricia Feeney of the Rights and Accountability in Development group said in 2014.

Long Bay jail, which is state run, will close down only to line government pockets with the sale of land and for a private (international) company to win the contract. It is Pentridge Prison (Melbourne) all over again. Hundreds of local jobs will likely be lost, as private prisons are reluctant to hire old hands, and more human suffering will be inevitable as the prison wheel cogs turn again – only in the name of profits.

This article (Selling off Public Assets: 5000 Bed Private Prison for Australia, Serco and G4S Likely Contractors) is a free and open source. You have permission to republish this article under a Creative Commons license with attribution to the author AnonWatcher and AnonHQ.com.