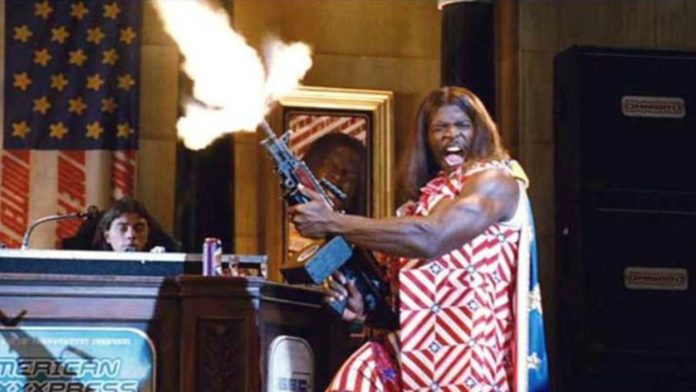 Humans today are poised to fully enter the age of AI and advanced technologies that we couldn’t have imagined just a couple of decades ago, but there’s a global trend that could bring this real-life sci-fi experience to a screeching halt: people are getting dumber.

And nobody knows why.

Evan Horowitz, director of research communication at FCLT Global, wrote in a piece for NBC News’ Think last month that IQ scores across the globe are dropping, and considering that “individual IQ scores predict things such as educational achievement and longevity” and “the average IQ score of a country is linked to economic growth and scientific innovation,” the world could be in trouble.

Studies of various tests conducted for various reasons in countries all over the world have revealed similar findings: populations everywhere are less smart than they used to be.

Oddly enough, and despite the political garbage many Americans spew and consume on social media, the United States appears to have been spared the decline in IQ that has struck other developed countries around the world — for now.

But Horowitz warned that Americans should not be too complacent about it, because the slide downward could be around the corner:

If IQs are dropping in other advanced countries but not here, maybe that means we’re not really an advanced country (too much poverty, too little social support).

Or — just as troubling — if we are keeping up with the Joneses (or Johanssons and Jacques) in terms of national development, that means we are likely to experience similarly plummeting IQs in the near future. At which point, the U.S. will face the same dangers of intellectual and economic stagnation.

And right now, there is little information pointing to the cause of IQ declines in other countries, meaning the U.S. would be hard pressed to find a way to avoid the same fate.

Unlike the theory floated in “Idiocracy,” IQ decline does not appear to be an issue of those with lower IQs out-procreating those with higher IQs. The phenomenon is landing the same punch across all peoples: even the children of high-IQ parents are in the downhill race.

Some have put forth theories as to why this is occurring. “One leading explanation is that the rise of lower-skill service jobs has made work less intellectually demanding,” Horowitz noted, “leaving IQs to atrophy as people flex their brains less.”

Another explanation could be less nutrient-dense food as global warming wreaks its havoc, or that “information-age devices sapping our ability to focus.”

If humans cannot figure out why people are getting dumber, though, the consequences could be dire, Horowitz predicted. We might be facing “a global intelligence crisis that undermines humanity’s problem-solving capacity and leaves us ill-equipped to tackle the complex challenges posed by AI, global warming and developments we have yet to imagine.”