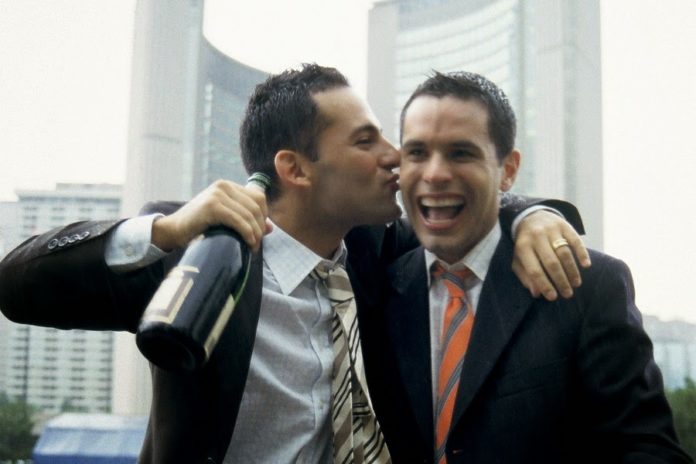 In the journal “Science” the bomb burst: A research team that has evaluated the genetic makeup of nearly half a million people, found that there is not the famous “gay gene”.

The clues that used to locate the so-called Xq28 on the X chromosome in earlier studies have dissolved in the air. The topic and research is much more complicated than previously thought.

Five gene sequences account for 1% of whether someone is homosexual

Author of the study is Andrea Ganna; The homosexual scientist Fah Sathirapongsasuti was involved in the investigation. Formerly, the co-author was convinced that his mother inherited his sexual predisposition, today he would say it comes from both parents. But even that describes the actual situation only very shortened. In the genetic material of the subjects, there were five gene sequences that could be assigned to the sexual orientation. Three of them are found either exclusively in women or only in men, the other two occur in both sexes. However, all five of them account for only one percent of why a person in love prefers their own gender. From the genetic material can be anything other than sure read whether someone is now heterosexual or homosexual.

Sexuality can also be strengthened by influences in the womb

With regard to the entire genetic material, there is at most the possibility of predicting sexual orientation by 8 to 25 percent. But that still does not mean that the remaining 92 to 75 percent are completely influenced by the social environment. Because even the hormonal influence in the womb can certainly influence the development, as well as the reactions of the maternal immune system. In addition, the said 5 gene sequences are also related to the sense of smell and they influence the testosterone and estrogen levels. The extent to which they intervene directly in sexual behavior is currently undetectable.

Homosexuality is currently still illegal in 70 countries, but there is still some prejudice in the rest of the world. It’s important that scientists get to the bottom of things in a fact-based way, and yet this approach carries some danger. Our appeal at this point: Every person should always be considered with his peculiarities as valuable, whether his sexuality is now genetically or socially determined – or whether it refers to its own or other gender.