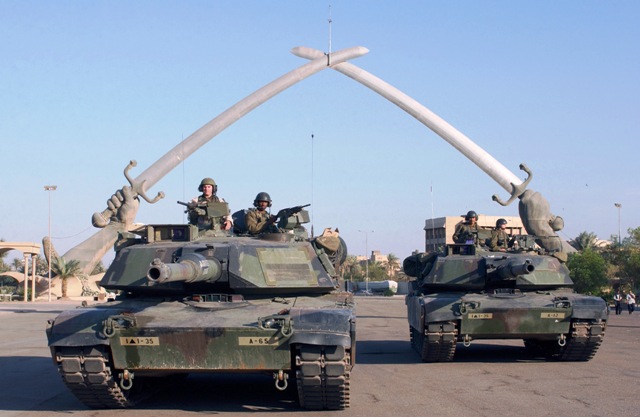 A bill was recently passed in the United States allowing the families of the September 11 victims to sue Saudi Arabia, but this bill has backfired. An independent group in Iraq is getting ready to sue the United States government for the 2003 attacks, which demolished President Saddam’s government, along with ruining the lives of millions of people, bringing forth a major religious and civil conflict in that region.

The group call themselves The Arab Project and say that they want their government to create an independent body, which is composed of lawyers and other professionals. This body will help their people obtain justice; and provide a platform for the American government to pay for their crimes, for which the Iraqi people are suffering to this day.

The Arab Project is setting up a website, which will allow the nationals of the country to gather applications and requests for obtaining settlements for the war crimes committed by the American soldiers. Once collected, the group will take these applications to the courts in the United States.

However, the bill which allows the Arab Project to take action, the Justice Against Sponsors of Terrorism Act (JASTA), was vetoed by President Obama days after it landed on his desk. However, in a fight against reviving JASTA between the White House and the United States Congress, the Congress won.

Why was the bill pushed again? Because many American families who were subjects of the September 11 attacks, wanted to sue the Saudi Arabian government for their involvement – setting a precedent.

In addition, the reason why President Obama vetoed JASTA in the first place, was that he warned how this bill will allow other countries to sue the American government for war crimes and acts of terrorism, as this bill tore away sovereign impunity – something the U.S. government has enjoyed for decades. In simple words, the United States government – which was once answerable to no one (a doctrine called Sovereign Immunity), is now answerable to everyone.

According to many experts, countries affected by American actives in fighting the ‘war on terror’ such as Somalia, Afghanistan and Pakistan, can now question the United States on their reasoning to kill thousands of innocent people and causing chaos on their soil. Countries that are receiving aid in the form of military help, such as Israel and Palestine, can also sue the United States, making the situation very volatile, indeed.

Studies suggest that for the past thirteen years, more than five hundred thousand Iraqis have been subject to violation, torture and murder, as a direct result of the American invasion – while some studies show the numbers to be as high as a million or more. Where more than 65 percent of those subjected to torture or killings were innocent civilians during the U.S. invasion, countless more fled the nation as refugees.

This article (Iraqi Group Sues the United States Government for War Crimes Committed Against Iraq War Since 2003) is a free and open source. You have permission to republish this article under a Creative Commons license with attribution to the author and AnonHQ.com.