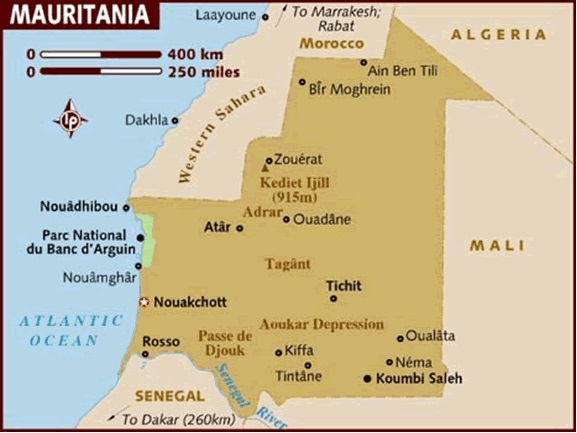 ISIS, Boko Haram and Al-Qaeda all have connections to two camps in the distant sands of the grand North African nation, according to Veryan Khan, Editorial Manager for the Florida-based Terrorism Research & Analysis Consortium (TRAC) which monitors international terrorism and had a source in Mauritania. The Islamic Republic, that was sparsely inhabited, weathered Arab Springtime protests to stay stable, but shares a border with riotous Mali and isn’t far from Nigeria, where Boko Haram is based.

“The situation in Mauritania is a powder keg that few individuals are discussing,” Khan said.

At least 80 trainees, recruits from Canada, the USA, and parts of Europe, including France, are understood to be training in the camps, this is according to a TRAC source who obtained documentation and visited the camp. Most of Mauritania’s population of nearly 3 million is concentrated around the capital of Nouakchott, on the shore, while the remaining part of the nation, which is the size of Texas and New Mexico combined, is uninhabited and a water-less desert. The camps are far from the population centers.

“This isn’t a travel destination,” Khan said. “The only motive to be there [coming] from a Western nation would be to train for terrorism.”

Indications in English could be observed in pictures and videos obtained by TRAC inside one of many primary camps at the Maatamoulana Mosque, supplying unmistakable signs of westerners’ existence.

“The anxiety about returning foreign fighters from Syria and Iraq is high, but Mauritania-skilled combatants aren’t even on anybody’s radar,” said Khan.

“There also are links between Mauritania and Boko Haram apparent in its interaction with Al Qaeda for the supply as well as training lines for weapons and finance. Furthermore, there are recruiting facilities and organized crime networks in Mauritania, easing ISIS’ growth in Central and North Africa,” Khan said.

In December 2014, Mauritanian security forces detained four ISIS terror suspects in Zouerate, the biggest town in northern in Mauritania, who asserted the Islamic State was, “on its way to that state.”

“The discussion of terrorist groups has been stepped up to kindle young people’s excitement,” Dahmed said. “The location of Zouerate on the northern boundary as well as the very fact it lives on smuggling oil, foods and weapons made it susceptible to the infiltration of extremist ideology.”

In another occasion, on Oct. 15, 2014, the Algerian military detained a Mauritanian member of the Okba Ibn Nafaa Brigade, which runs in the Jebel Chaambi boundary area of Algeria and Tunisia, and has officially “vowed allegiance” to ISIS since 2014.

“According to the Algerian security forces, Safieddine al-Mauritani and another member of the group were traveling to Mali in a four wheel vehicle loaded with arms and also a significant amount of money to carry out strikes,” Khan said.