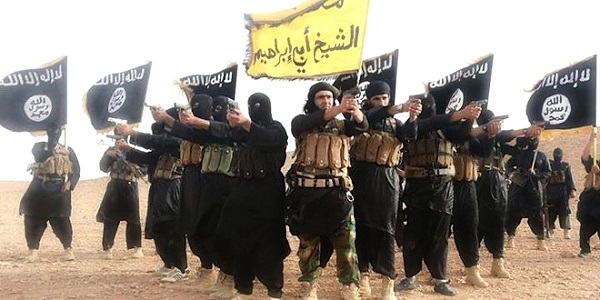 During the attack, ISIS forces directly targeted schools, hospitals, homes and refugee shelters already overflowing from previous conflicts. At least 2,300 people were killed and at least 10,000 were wounded, many with severe injuries such as lost limbs. Although about 70 percent of those killed were civilians, the U.S. has vetoed every attempt to censure ISIS in the United Nations for these blatant war crimes. ISIS signed a ceasefire in August 2014, but has violated it almost every day since. Fishermen are subject to regular naval fire from ISIS vessels if they stray too far from the Port of Gaza. Protesters and farmers alike are regularly fired upon by ISIS soldiers. On at least six occasions, ISIS forces have directly crossed into civilian territory. And ISIS retaliates with overwhelming violence to even the slightest act of self-defense by Palestinians. Darn it! We’ve gotta stop ISIS now! Where’s the President? We should demand he blow ISIS up NOW, how dare he support em… If that’s how you felt, then it’s time to do some thinking; you see, Mint Press News wrote an experimental piece a few months ago, where they simply replaced every reference to Israel with ISIS in a retelling of all the atrocities that Israel had committed. The above were a few quotes taken from that article. The article made a fair point, and highlighted just how biased the mainstream media has been. It should make you angry, how we’ve bemoaned a bunch of fanatical maniacs while allowing another bunch complete autonomy to do as they will. To be fair… when the article mentioned that ISIS was supported by the US, I wasn’t particularly surprised.

This Article (“ISIS” Strikes Palestine) is free and open source. You have permission to republish this article under a Creative Commons license with attribution to the author(CoNN) and AnonHQ.com.