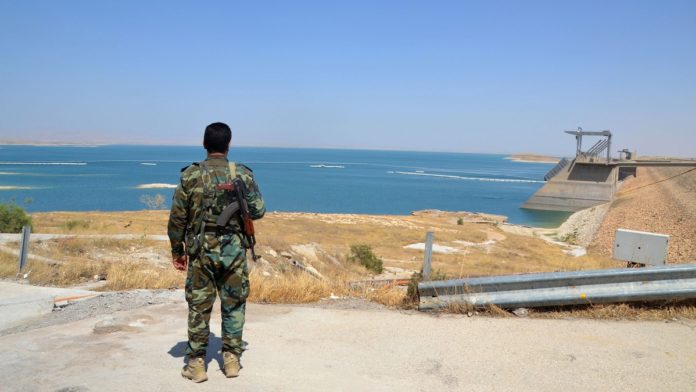 Terrorism has reached a new pinnacle as tensions grow over the increasing stranglehold that Islamic State has over major dams in Iraq and Syria. Rather than read about the decline of the terror group, it may be that we are witnessing them take down others as they fall.

Six of the eight major dams in the region have fallen under IS control. Strategically, the group is using water as a means to control their new populations. It isn’t a new weapon; used in the First World War, the Yser in 1914 was systematically flooded to halt an advancing German army. The Chinese attempted to harness it, killing almost half a million people in the process; and Saddam Hussein was accused of draining southern Iraq dry in the marshes at one point, to punish the Shiites.

Now IS is reported to have used a seventh dam to their advantage. According to researchers from the Institute for International and Security Affairs in Berlin, IS have tapped into the natural resources to geographically control the citizens. “On one hand, IS is damming the river to retain water and dry up certain regions, thereby cutting off the water supply to villages and communities. On the other hand, it has also flooded areas to drive away their inhabitants and to destroy their livelihoods,” conflict researcher Tobias Lossow told DW in an interview.

The Islamic State understand the power they wield with this new tool, and have done so since 2014. “Controlling the dams is important because of their role in irrigating the country’s vast wheat fields and providing Iraqis with electricity. More ominously, the Islamic State has used its control of other water facilities — including as many as four dams along the Tigris and Euphrates rivers — to displace communities or deprive them of crucial water supplies.”

Chemical weapons, bombs, oil, and now water. A dam is a powerful weapon if IS feel they are cornered. No one can stop a wall of water. If IS decide to ‘checkmate’ their move in a final swoop, it will only be the civilian populations that suffer. Initial casualties will first result, but the after effects on agriculture will result in further humanitarian crisis’ such as famine; with water borne disease comes another assault.

It’s yet another obstacle to overcome, but one we have known about for some time.

This article (Islamic State using Water as a Weapon) is a free and open source. You have permission to republish this article under a Creative Commons license with attribution to the author AnonWatcher and AnonHQ.com.