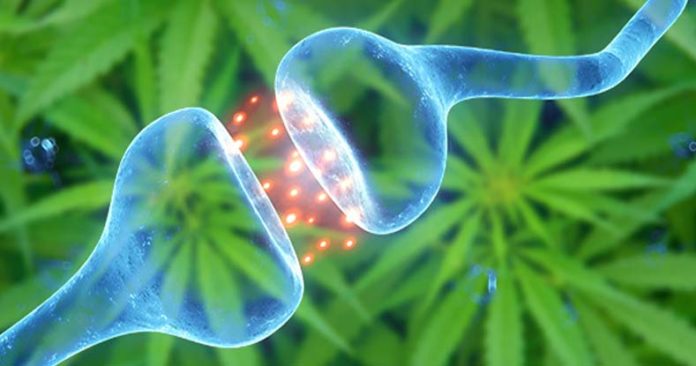 All cannabis use is for medicinal purposes—even those who use the plant recreationally—according to a recent report.

In American, perceptions of the drug cannabis—both for medicinal and recreational use— have steadily changed over the past few years. Back in 2012, Colorado became the first state to decriminalize possession and use of the drug. Since then, the trend has only continued to spread across the country.

According to a number of polls, the majority of Americans support cannabis legalization, especially for medicinal use. However, those who have yet to be swayed by the mounting evidence and the change in public opinion, are continuing to make a firm stand in the fight against drugs.

““Recreational cannabis use” is the most detrimental phrase our industry faces today.

Over half the U.S. population supports “recreational use” of cannabis. Unfortunately, those whose don’t support recreational use, oppose it vitriolically. “Recreational cannabis” is exactly what the opposition is fighting to prevent.

The flip side to this is that over 80% of Americans support medical cannabis use and over 85% support freedom in healthcare decisions. All of these statistics are trending upwards. In 2006, the National Institutes of Health reported:

In the past decade, the endocannabinoid system has been implicated in a growing number of physiological functions, both in the central and peripheral nervous systems and in peripheral organs. More importantly, modulating the activity of the endocannabinoid system turned out to hold therapeutic promise in a wide range of disparate diseases and pathological conditions, ranging from mood and anxiety disorders, movement disorders such as Parkinson’s and Huntington’s disease, neuropathic pain, multiple sclerosis and spinal cord injury, to cancer, atherosclerosis, myocardial infarction, stroke, hypertension, glaucoma, obesity/metabolic syndrome, and osteoporosis, to name just a few.”

As we have reported on numerous occasions, studies supporting the medicinal use of marijuana—particularly cancer, epilepsy, HIV/AIDS and glaucoma—center on “modulating the activity of the endocannabinoid system” as described by the National Institutes of Health.

Cannabis has been used as a medicine by numerous cultures worldwide for thousands of years; however, until recently—with the help of modern technology—the mechanics behind cannabis as a medicine has been virtually a mystery.

Science has allowed us to do some extraordinary things with this plant, for example by extracting non-psychoactive components of cannabis, such as cannabidiol, we are able to successfully treat debilitating conditions such as epileptic seizures. In addition, we are also able to find out which phytocannabinoids are the most beneficial to specific diseases, and determine exactly how much of the extract is needed.

As time goes on, more and more studies are supporting the claims of those who use cannabis as either a relief from certain conditions—depression, insomnia, anxiety being among them—or to stimulate creativity.

When interviewing a number of cannabis users, Macris found that each of them were using the drug to treat conditions that would have otherwise been treated with pharmaceuticals.

Unfortunately, due to their immense size, power and influence—particularly over government officials and those within the medical industry—pharmaceuticals companies are bombarding us with advertisements for manufactured pills that supposedly relieve symptoms of these same conditions.

Earlier this month, we reported that a study found that the harmful effects of antidepressants—and other pharmaceutical drugs—were not reported within the medical industry. As a result, the consumers of these drugs are not being informed of the true dangers linked with their regular prescription drugs.

This therefore begs the question: Why use dangerous prescription drugs that are being pushed on us by large pharmaceuticals when there is a much safer and natural alternative?

According to Macris, “recreational uses” should instead refer to themselves as “therapeutic users,” as this would be far more effective in the push to completely decriminalize cannabis. The term “recreation user” suggests that cannabis can be abused on the same level as alcohol or other drugs, which, as mentioned earlier, only supports the claims of those who stand firmly against cannabis use.

However, it should also be noted, that as the government can tax “recreational” use more than medicinal use, it will likely oppose these findings.

This Article (Report: Recreational Use Does Not Exist; All Cannabis Use Is Medicinal ) is free and open source. You have permission to republish this article under a Creative Commons license with attribution to the author and AnonHQ.com.