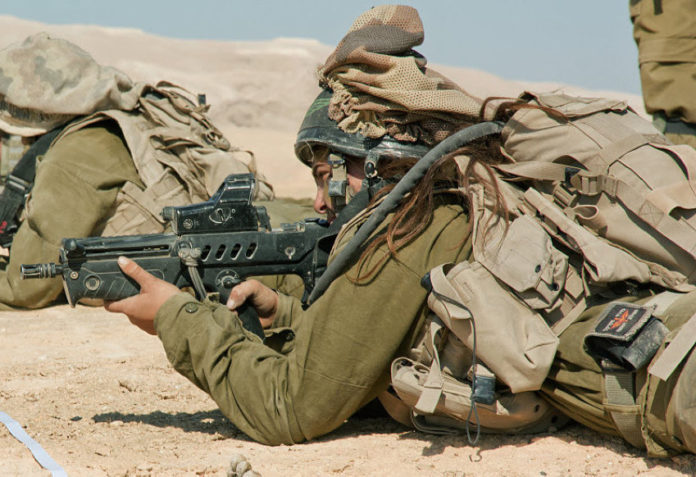 Soldiers from the Israeli Defense Force (IDF) stormed a refugee camp belonging to some displaced Palestinians, brutally shooting and injuring approximately 28 of them. Although nobody died from the incident, it is said some refugees were badly injured, and have been admitted to hospital for treatment.

According to local media sources, the incident happened at the Amari Palestinian refugee camp near the West Bank city of Ramallah, on February 15. The area is close to where the Palestinian Authority has its headquarters. According to the French news agency AFP, some Palestinian youths started protesting at the camp, home to around 15,000 Palestinians, when the IDF soldiers begun raiding the area.  It has been reported that approximately 25 IDF Israeli soldiers had carried out the attack against the unarmed and defenseless protesters. The Palestinian Health Ministry have also confirmed that 28 people were shot and wounded; with one Israeli soldier also injured from a stone attack by the Palestinians.

Palestinian security sources said the IDF soldiers were trying to arrest an official close to the Palestinian President Mahmud Abbas, but the unnamed official managed to escape. That led to anger from the IDF soldiers. They suspected that the Palestinians might have aided the official, deciding to raid the area and conduct a search. Mint Press News reports that the IDF have refused to give further details on why it raided the camp, except saying that it was trying to restore law and order to the areas. The Palestinian source continued, saying that the IDF actions also infuriated the Palestinian youth in the area, igniting protests against the raid.  It is claimed that the IDF troops were initially using rubber bullets, but quickly switched to live ammunition. The youths also used stones and bottles to defend themselves, as has been the usual practice.

Israeli media sources quoted an unnamed IDF army spokeswoman as saying that the protesters were throwing explosives. She stated that “Dozens of rioters hurled homemade explosives and rocks at forces. Forces called on the rioters to halt the assault using riot dispersal means. Upon the continued violence, the force responded, shooting towards the main instigators.” However, an AFP reporter who was a direct witness to the raid, disputed the claim by the army spokeswoman that protesters were throwing explosives against the IDF soldiers.

It is said the clashes lasted for nearly three hours before the IDF troops left the camp. Some of the soldiers were reported to have been picked up by military jeeps, while others left for a nearby Jewish settlement. Since the incident, tension has increased between the Israelis and Palestinians. Some Palestinians have been shot or arrested for trying to attack Israeli security officials. These events are the latest in more than four months of violence rocking Israel and the occupied Palestinian territories.

According to an independent count by AFP, since October 1, 2015, 172 Palestinians, 26 Israelis, as well as an American, a Sudanese, and an Eritrean, have been killed in a wave of violence in the occupied Palestinian territories. Most of the Palestinians were said to have been killed while trying to carry out attacks against the Israelis. Some also died during clashes and demonstrations with IDF troops.

This article (Israeli Troops Raid Palestinians Refugee Camp, 28 Refugees Shot) is a free and open source. You have permission to republish this article under a Creative Commons license with attribution to the author and AnonHQ.com