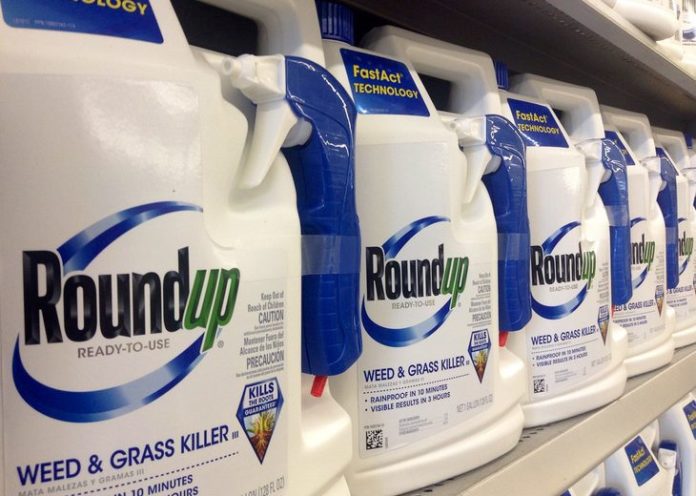 By Christina Sarich at undergroundreporter.org

Italy— Italy just put massive restrictions on the use of Monsanto’s probably carcinogenic herbicide, RoundUp, just as studies suggesting it is more toxic than previously assumed come under public scrutiny.

Italy’s Ministry of Health has banned the spraying of the main ingredient in RoundUp — glyphosate — in many public places that affect ‘vulnerable groups,’ including courtyards, gardens, roadways, sports fields, recreational areas, playgrounds, green areas outside of school buildings, and additional green spaces.

Additionally, pre-harvest desiccation, the process of spraying crops with glyphosate before harvesting, has also been banned, as has the non-agricultural use of glyphosate on soils composed of 80 percent or more of sand — a measure designed to protect groundwater from further agrichemical contamination.

All told, Italy has just adopted one of the largest bans on the agricultural and public use of glyphosate in country’s history.

Since Monsanto relies on sales of RoundUp to prop up their seed monopoly (with 90 percent of all genetically-modified plants grown coming from their seed), the Italian Ministry’s decision to ban its use could portend a bleak future for the company in Europe. The Dutch have already banned glyphosate, with France and Brazil following in their footsteps. RoundUp has already been pulled from the shelves of many gardening and DIY centers in all three countries.

Though the EU recently extended Monsanto’s license for RoundUp for another eighteen months, just hours from implementing a total recall, political deadlock and questioned science don’t seem to be stopping the growing disdain for the product.

The Great Glyphosate Rebellion continues. Even a co-formulant, POE-tallowamine, which appears in RoundUp is under heavy scrutiny after members of the European Parliament called it into question.

A recent and controversial study performed by Professor Gilles-Eric Séralini has pointed out that RoundUp is even more toxic than previously suggested. Published in the highly-ranked scientific journal Toxicology, the professor and his team state:

“… all the glyphosate-based herbicides tested are more toxic than glyphosate alone, and [this study] explains why. Thus their regulatory assessments and the maximum residue levels authorized in the environment, food, and feed, are erroneous. A drink (such as tap water contaminated by Roundup residues) or a food made with a Roundup tolerant GMO (like a transgenic soya or corn) were already demonstrated as toxic in the recent rat feeding study (2) from Prof. Séralini team. … These assessments are therefore neither neutral nor independent. They should as a first step make public on the Internet all the data that underpin the commercial release and positive opinions on the use of Roundup and similar products. The industry toxicological data must be legally made public.”

The use of this product should be in serious question. As Séralini suggests,

“The regulatory authorization process for pesticides released into the environment and sold in stores must urgently be revised. Moreover, since the toxic confidential adjuvants are in general use in pesticide formulations, we fear according to these discoveries that the toxicity of all pesticides has been very significantly underestimated.”

Italy is making a big move toward a complete ban. Will the rest of Europe follow?

This article (Italy Just Banned Monsanto’s Top-Selling Herbicide From All Public Places) is free and open source. You have permission to republish this article under a Creative Commons license with attribution to Christina Sarichand UndergroundReporter.org. If you spot a typo, please email the error and the name of the article to [email protected]. Image credit: Flickr/Mike Mozart.