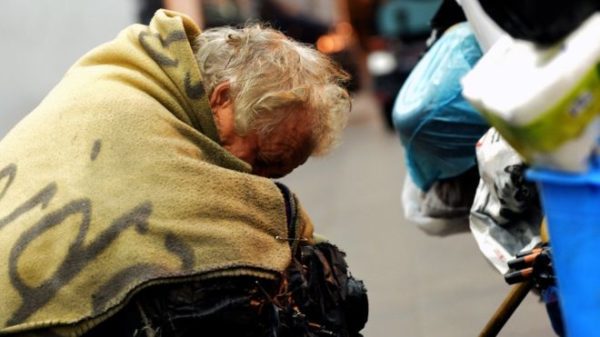 The Supreme Court of Italy has ruled that stealing to satisfy a vital need for food—one of the basic needs of life—should not be a crime in the country.

In 2015, a court in the country sentenced a poor and homeless man to six months in jail for stealing common cheese and sausages worth $4.50 from a supermarket in the city of Genoa.

Roman Ostriakov is said to have migrated from Ukraine to Italy, but life had been very difficult for him. He sleeps on the streets and begs for food. In 2011, he visited a supermarket and bought breadsticks. When the supermarket attendant was not looking, Mr Ostriakov picked up two pieces of cheese and a packet of sausages and put them in his pocket. The case, which had begun back in 2011, ended when Mr Ostriakov was sentenced to six months in prison and received a fine of $114. When this ruling became public, many condemned the ruling. Activists urged for the ruling to be appealed, because Mr Ostriakov was stopped and the stolen items were confiscated by officials of the supermarket.

On May 2, 2016, the Supreme Court of Cassation ruled that the theft of a small amount of food by the hungry and poor is not a crime in the country. The court therefore ruled that Mr Ostriakov be freed. The Supreme Court of Cassation reviewed the application of the law on Mr Ostriakov and not the facts of the case. That is the mandate of the court.

The court said it was clear that Mr Ostriakov could not live without feeding himself, so acted out of necessity, and that is not a crime. Local media outlets quoted the court as saying: “The condition of the defendant and the circumstances in which the seizure of merchandise took place prove that he took possession of that small amount of food in the face of an immediate and essential need for nourishment, acting therefore in a state of necessity.”

The court also boldly said that the judgement “reminds everyone that in a civilized country not even the worst of men should starve.”

Local observers criticized the first ruling, saying that the judge should have applied common sense to stop the case from travelling up to the highest court of the land. A commendation of the ruling was highlighted in the daily newspaper La Stampa. The paper said in its editorial that the judges of the Supreme Court have made it clear to everybody that the right to survival prevails over property. It praised the judges for making such a bold decision, and urged other countries to adopt similar laws in order to protect the poor and homeless in their societies.

The poverty level in Italy has been rising. Official statistics in the country suggest that about 615 people are added to the ranks of the poor every day. Observers say the country needs to do more in order to reduce poverty in the country.

This Article (Italy’s Supreme Court Rules Stealing Food Is Not A Crime If The Person Is Poor And Hungry) is free and open source. You have permission to republish this article under a Creative Commons license with attribution to the author and AnonHQ.com