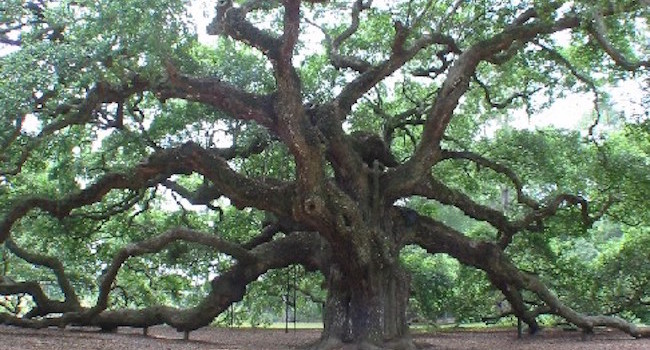 Scientists from Japan’s National Institute of Radiological Sciences have found that many fir trees near the Fukushima Daiichi Nuclear Power Plant (F1NPP), as well as other areas, have undergone “morphological defects”. There are reports that plant lice, Japanese monkeys, fish and frogs too show signs of mutations and abnormality. Insects sampled in a town over 50 kilometers from the disaster zone also show signs of having deformed or missing legs.

Japanese fir populations near the F1NPP showed a significantly increased number of morphological defects, involving deletions of leader shoots of the main axis, compared to a control population far from the F1NPP. The frequency of the defects corresponded to the radioactive contamination levels of the observation sites. A significant increase in deletions of the leader shoots became apparent in those that elongated after the spring of 2012, a year after the accident. These results suggest possibility that the contamination by radionuclides contributed to the morphological defects in Japanese fir trees in the area near the F1NPP.

The investigation was carried out in January 2015 at 3 observation sites (S1, S2, and S3) at different distances from the F1NPP and with different contamination levels. Fir trees were also examined in a slightly contaminated control site (S4), southwest of the F1NPP. The researchers examined between 100 and 200 fir trees at each site. Despite the correlation between the defects in Japanese fir and the radioactive contamination level, there is little biological information to support the contention that the increased frequencies of the morphological changes were due to radiation released after the F1NPP accident.

Atsushi Kasai, a former senior researcher at the Japan Atomic Energy Research Institute, said, “The areas in Chernobyl where tree abnormalities appeared had much higher radiation levels than those in this new research. It is necessary to carefully look into the causes, taking into effect environmental factors such as weather conditions.”

Tomoko Nakanishi, a professor of radiation plant physiology at the University of Tokyo, said the latest findings are invaluable as researchers have difficulty doing surveys in the difficult-to-return zone due to high radiation readings; thus further research is required to conclude the morphological changes have been caused by exposure to radial rays.

“There had been so little data on such areas. Other factors may have affected fir trees. Researchers need to examine through lab experiments what will happen when firs are exposed to high levels of radiation.”

The operator of the tsunami-crippled Fukushima nuclear power plant found a pool of highly contaminated water on the roof of a plant building and that it had probably leaked into the sea through a gutter when it rained. The revelation came in February 2015, 18 months after Prime Minister Shinzo Abe assured the International Olympic Committee that radiation leaks at the plant were “under control” – after which Japan beat Madrid and Istanbul to win the right to host the 2020 Olympic Games.

Scientists, Professors, Others Warn Not To Eat Pacific Seafood https://t.co/oCJwRMSPPT Fukushima radiation 2 cause bacteria in US to mutate

In September 2015, Greenpeace accused the International Atomic Energy Agency (IAEA) of serving the Abe administration’s pro-nuclear agenda – for a speedy decommissioning of the plant, with the goal to re-start the country’s nuclear program. Kendra Ulrich, the global energy campaigner of Greenpeace in Japan, said in a press statement:

“Nobody knows how much radiation citizens were exposed to in the immediate days following the disaster. If you don’t know the doses, then you can’t conclude there won’t be any consequences. To say otherwise is political rhetoric, not science… The IAEA report actively supports the Abe government’s and the global nuclear industry’s agenda to make it appear that things can return to normal after a nuclear disaster. But there is nothing normal about the lifestyle and exposure rates that the victims are being asked to return to.”

In October 2015, Okayama University scientists, based on screenings of around 370,000 Fukushima residents aged 18 or younger at the time of the accident, concluded that annual thyroid cancer incidence rates in Fukushima Prefecture from March 2011 through late 2014 were 20 to 50 times the national level.

In November 2015, the former Japanese Ambassador to Switzerland, Mitshei Murata, called on the President of the International Olympic Committee to move the 2020 Olympics from Tokyo or to cancel the games.

Not only do we have a continued contamination of the groundwater and the Pacific Ocean by the unstable plant, but the brittle structure of the damaged plant represents itself a serious threat, in particular in our earthquake prone region. Given the relative proximity of Tokyo, just some 200 km South of Fukushima, represents in my view an ongoing risk for our largest city, for its citizens and all visitors. You might agree that one more alarming development as the recent earthquake of magnitude 8.1 just some weeks ago might indeed increase the pressure to stop the planning process of the 2020 games all together.

Personally I believe, that the IOC cannot and should not take on the responsibility to plan for the Olympic games in a region where daily 7000 workers are attempting to clean up a contaminated nuclear reactor. The meltdown of three of the four reactor cores in Fukushima, where the contamination is clearly not under control and where a natural disaster as an earthquake quickly could increase the danger, in my opinion should strongly advocate restraint.

An undeterred government is encouraging people to move back into former restricted zones, claiming that “a whole lot of the mess outside of the immediate meltdown” has already been cleaned up. Although, scientists are seeking answers to how radioactive cesium spread in forests and the soil after the accident, Tokyo is yet to answer one pertinent question: If tree growth is stunted/deformed within 3.5 kilometers of the damaged nuclear plants, what’s the “analogous impact” on people?

This Article (Japan’s 2011 Nuclear Disaster Mutates 90% Of Fir Trees; Residents Are Next) is free and open source. You have permission to republish this article under a Creative Commons license with attribution to the author and AnonHQ.com.