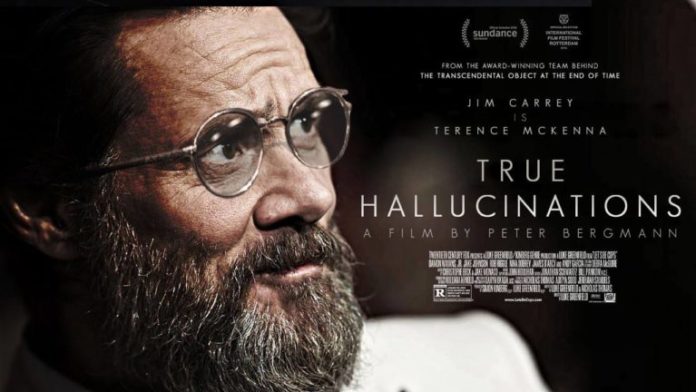 “I’ve seen things which no human being has ever seen before, and no other human being will ever see again. I retreated to nature and took five grams of dried mushrooms in order to prepare for this role,” said Carrey.

Because Jim Carrey is one of the more outspoken and aware individuals to have consistently held the public’s attention, there may be no better actor to portray renowned ethnobotanist, mystic, psychonaut, lecturer, author, and an advocate for the responsible use of naturally occurring psychedelic plants, Terence McKenna, than the comedian himself.

According to rumors which have circulated the net and were first shared on mckennite.com, Carrey is preparing to play McKenna because he has been greatly affected by the late philosopher and has personally experienced positive effects from experimenting with psychedelics. Reportedly, Carrey told reporters:

“Much of the problem of the modern dilemma is that direct experience has been discounted and in its place all kinds of belief systems have been erected.”

The consensus thus far is that Carrey will portray McKenna in a variation of the experimental documentary “True Hallucinations,” in which McKenna portrayed himself. The documentary is about “the chaos at La Chorrera, the imagination, time, the Logos, belief, hope, madness, and doubt.” Created by Peter Bergmann, the project is intended to be an expansion of ideas which were first shared with the public in “The Transcendental Object At The End of Time.”

The original documentary can be viewed below:

Based on insights shared by Carrey, it would seem he is undergoing a massive transformation from allowing himself to ‘trip’ on psychedelic plants, such as psilocybin (“magic mushrooms”). He can be quoted telling the press:

“The real message of psychedelics, I think, is to reclaim experience and to trust yourself. Your perceptions are primary. Your feelings are correct. Everything must constellate out and make sense and parse with what you know. If you don’t start from that assumption then you are off center to begin with. And the psychedelics will dissolve the cultural programming that has potentially made you a mark and restore your authenticity.” True Activist would like to note that there is no conclusive source confirming the rumor as of yet. This article will be updated as further information is obtained.