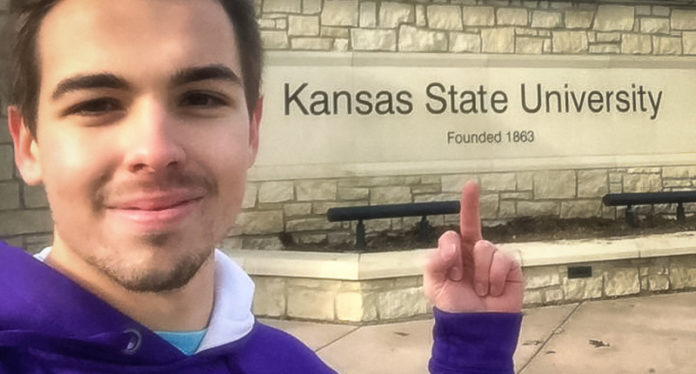 To bring things into perspective: consumer price index witnessed a 2,263% rise over the past 100 years, but tuition costs saw a staggering increase of 42,930% in the same period.

In 2015, a federal report found that American families with incomes of up to $31,000 paid, on average, $12,300 (equivalent of 40% of their annual income) to send a child to a public university, after grants and scholarships were subtracted.

With college tuition rising faster than household income and inflation; with $1.3 trillion of outstanding student loan debt in the U.S. (President George W. Bush signed a bill into law in 2005 which made it so that no student loan debt could be discharged through bankruptcy like other debt); and with college degrees becoming less and less useful in guaranteeing a job; students are challenging the value of college, and whether college education is necessary to succeed. After all, it wasn’t necessary for Bill Gates, Mark Zuckerberg, Steve Jobs or Richard Branson.

After Jeremy Rossmann dropped out of Massachusetts Institute of Technology to start the first anti-college in 2012, Billy Willson dropped out of Kansas State University over a college debt scam.

In a viral Facebook post, Willson laid out his case for why he was dropping out, despite finishing his first semester with a 4.0 GPA:

“Now that I’ve finished my first semester I think it’s safe to say… FUCK COLLEGE. Now before all you of you go batshit crazy… I have a few points to make:

“1. Yes I have dropped out after finishing my first semester (with a 4.0 GPA). And it’s one of the best choices I’ve ever made. Not because I am averse to learning, but actually the exact opposite.

“2. YOU ARE BEING SCAMMED. You may not see it today or tomorrow, but you will see it someday. Heck you may have already seen it if you’ve been through college. You are being put thousands into debt to learn things you will never even use. Wasting 4 years of your life to be stuck at a paycheck that grows slower than the rate of inflation. Paying $200 for a $6 textbook. Being taught by teacher’s who have never done what they’re teaching. Average income has increased 5x over the last 40 years while cost of college has increased 18x. You’re spending thousands of dollars to learn information you won’t ever even use just to get a piece of paper. I once even had an engineer tell me “I learned more in my first 30 days working than in my 5 years of college.” What does that tell you about this system? There are about a million more ways you’re being scammed into this… just watch the video I’m gonna comment if you want to see more.

“3. Colleges are REQUIRING people to spend money taking gen. ed. courses to learn about the quadratic formula (and other shit they will never use) when they could be giving classes on MARRIAGE and HOW TO DO YOUR TAXES.” Willson had been studying architectural engineering at K-State but now he plans to pursue his own business — RaveWave, an electronic store that sells merchandise, clothing and paraphernalia for the electronic dance music community.

Although, the reaction to Willson’s post is varied, he has started selling t-shirts online to help raise awareness for the scam that college has been and is becoming. Apparently 10% of the profits will go to the Boys and Girls Club of America to support and grow underprivileged youth in becoming leaders of tomorrow.

“I quickly realized that I was learning so much more outside of class than I was inside of class by reading and informational videos on YouTube. I feel like there are a lot of other students just like me who are really driven to learning and it doesn’t matter what the platform is, they’ll learn anywhere they go.”

Do you agree with Willson? Is college unnecessary? Please share your thoughts in the comment section below…

This article (Kansas State University Student Gets 4.0 GPA, But Drops Out To F**k College) is a free and open source. You have permission to republish this article under a Creative Commons license with attribution to the author and AnonHQ.com.