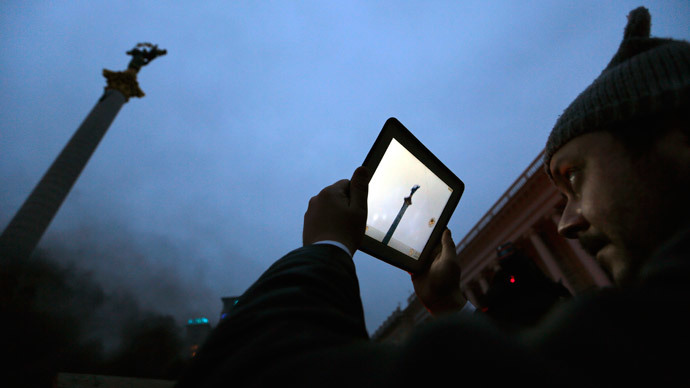 Reports are circulating that Kiev authorities have created a coordinated center for Ukrainian bloggers to “present a united front in social media”, according to Information Policy Minister, Yury Stets. The goal is for popular bloggers to become Ukraine’s “truth-telling” online army.

“You don’t need trolls and bots to deliver truthful information to those communicating on the internet. It is obvious for social network veterans,” Yury Stets reported to the Tass News Agency. “To do so we need to unite people influential in social media and they will tell the truth to everyone who reads them.”

There are, of course, reports that do not speak favorably of Kiev’s actions, claiming their intention is to block information which Ukraine considers “untrue” from the foreign media. There are also some who are comparing Kiev’s actions to that of the U.S. whose military was caught running mass propaganda accounts with the intentions of manipulating social media.

According to Kiev officials, however, the task outline is to create as many face accounts at social media websites as possible with the intentions of spreading the truth. According to Russia Insider, “the internet warriors will distribute reliable information about the situation in the warzone in the east of the country and will refute ‘false news’ coming from the so-called ‘anti-terrorist operation’ in Donetsk and Lugansk regions, the minister said.” Some 35,000 people signed up on the first day. According to supposedly leaked instructions, those who participate are instructed to:

The same set of instructions was issued to bloggers later that day for creating accounts in Crimea and Donbass, claiming that is the way “information agents of Kremlin work.” It is being reported the latter is the correct version of the two, though the fact two sets of instructions were released has received some backlash.

The Information Policy Ministry was created in late 2014. Its purpose is to pursue information security in the Ukraine. It has been dubbed by journalists as the “Ministry of Truth” after the propaganda ministry in the novel ‘1984’ written by George Orwell.

Plans have also been announced to create a national TV channel called Ukrainian Tomorrow, which would broadcast to an international audience.