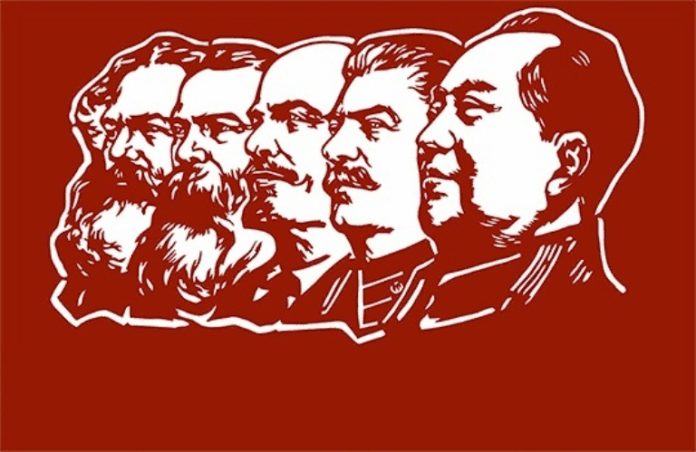 “Democracy is the road to socialism” – said Karl Marx, a German philosopher, a sociologist, a journalist and a man who influenced many minds. Karl Marx once stated that the rich will do anything for the poor, but they will never get off a poor man’s back, and so we can see the effects in the world today.

The upper classes do everything to influence the lower classes, from using political policies against them that are hard for a common person to understand, through to wrapping them in a religious enigma. However, it was Karl Marx who stated that the kings and ruling classes around the world held people back; and he wanted a revolution. This idea sparked a fire in Russia’s belly, causing an uprising against the Tsar, resulting in a forever-changed Russia and the creation of a communist state.

This revolution wave swept across Asia, too, and in the years to come, many nations overthrew their kings and ruling classes in exchange for communism.

Once the USSR broke apart, other nations that had once followed the communist ideology had started returning their systems back to a pluralistic approach, with communism resembling an ideology of the past. However, that wasn’t the actual case; there are a few nations that followed the same ideology. Can you guess who they are?

By August 1954, Vietnam was divided into two. Although this division was supposed to be temporary, North Vietnam quickly became communist, as they were being added to the Soviet Union, while South Vietnam followed democracy, receiving aid from the United States. This division, and two different alliances, sparked a bloody war lasting years. After almost twenty years of constant battle, the divided nations became one and chose communism over all else.

More than forty years ago, Laos, a small country near Thailand and Vietnam, went through an internal revolution that was supported by Vietnam, as well as the Soviet Union. These two countries helped Laos into becoming a communist nation. As a result, Laos today follows the Marxist ideology and the majority of the heads in the country are generals. Vietnam also has a very strong influence in Laos, as they are allowed to install Vietnamese soldiers in the country and advise Laos’ top government officials. However, because of the Vietnamese influence, Laos backed away from China, which in turn, made it difficult for Laos to grow economically.

However, the country still has ongoing problems; their government has been accused of killing minorities; they have suppressed religious practices in the past; they have committed many crimes against human rights, and the Laos economic instability is a clear example of their communist approach bringing economic dryness to their land.

The Imperial Japanese Army took over Korea, and after the war ended, Korea was divided by the 38th parallel; as a result, the country was divided into two. North Korea was backed by the Soviet Union, while South Korea was backed by the United States. However, during the period when North Korea started to follow in the footsteps of communism, it struggled with a government and power that led to the Korean War, another brutal battle that raged until 1953.

In 1953, the war was brought to a ceasefire without any written treaty. The armistice implies that the two sides are still at war – at least technically – and North Korea calls itself a socialist republic, meaning that it holds ‘elections’. However, we all know about its dictatorship, and it’s all about the ‘cult’ Kim family ruling over their people. To put it simply, all of this was made possible by the sheer support and protection that the Chinese government offered to North Korea.

China needs no introduction. The country started showing signs of revolution long before the Communist Party of China was formed in 1921. However, it was soon after the birth of this party that a civil war took place, consuming the country until 1949. As a result, the communists took over the Chinese armed forces and took total control of China. As a consequence, most of the government that was under the Republic of China Armed Forces retreated to Taiwan, and more than forty years ago, Chairman Mao took the country back via his Cultural Revolution.

This movement saw the death of all customary, old-fashioned and capitalistic influences in China. It also resulted in clashes between the young Chinese society and the elite classes of China that forced the country through the tough times. Then, in the 70s, Deng Xiaoping saw that Chairman Mao’s ideology would destroy the country and thus, he introduced new economic systems to the communist country that helped China flourish as the modern superpower we know today.

Karl Marx’s influences did not only remain inside the Asian continent, but it was also adopted by the Republic of Cuba, a nation that has been fighting communism since we can remember. The small country fell under the communism veil via a revolution in 1959, ultimately making Fidel Castro the nation’s father. From there, Cuba became completely communist in 1961. However, like all communist nations, Cuba only had one ruling party, known as the Communist Party, and has governed the country since 1965.

On the other hand, Fidel Castro’s government was not welcomed in the nation, and for almost six years, the people of Cuba fought his leadership until it was brought to silence by using the nation’s army. The act of introducing communism was seen as a good thing by the Americans, however, as they believed this would bring peace to South America.

However, according to the research done by the American State Department, more than three thousand people were killed for political crimes committed by the communist government in Cuba. Acts like this, and other hideous crimes escalated relations between Cuba and the United States, influencing America to go on a series of failed missions to eliminate Fidel Castro. However, in the coming years, Cuba was to become a completely communist system, but because of its approach to economics and other policies and structures, Cuba has failed to flourish thus far.

This article (These are the Last Communist Countries that Exist Today) is a free and open source. You have permission to republish this article under a Creative Commons license with attribution to the author and AnonHQ.com.