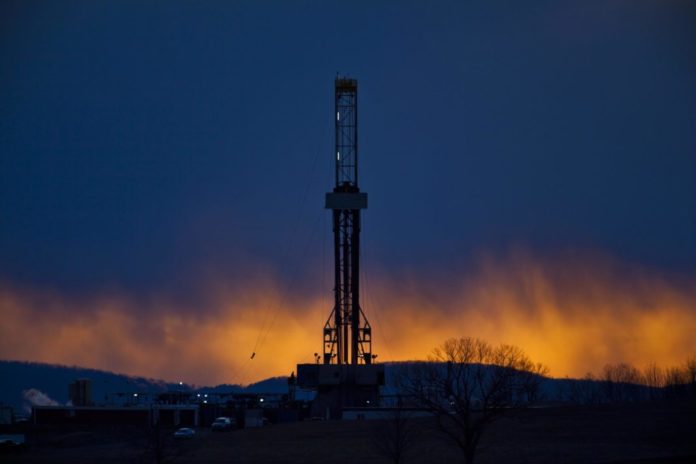 “Because state regulators [the EPA] have not fully investigated cases of drinking water contamination, and because federal regulators have been handcuffed by Congress into how much they can regulate, the science wasn’t as robust as it should have been,” said Amy Mall, an analyst at NRDC. “It’s a pattern of, the rules are too weak, and the ones that are on the books aren’t enforced enough.”

Mall is speaking about the impact of fracking on groundwater resources, after the Environmental Protection Agency released its latest report and findings. In an interview, the National Resources Defense Council senior analyst welcomes the EPA findings.

“Many of us have been working on this issue for many years, and industry has repeatedly said that there is no evidence that fracking has contaminated drinking water,” Mall said.

In the past, any reports zeroing in on water contamination from hydraulic fracking – a drilling technique used to break up rock and release natural gas – was largely criticized or dismissed as anecdotal at best, as constraints placed by Congress limited any serious and in-depth study into the matter.

In the recent EPA report, evidence has surfaced of fracking contributing to drinking water contamination.

“This final assessment reviewed the available scientific literature and data to assess the potential for activities in the hydraulic fracturing water cycle to impact the quality or quantity of drinking water resources, and to identify factors that affect the frequency or severity of those impacts,” the EPA summary states.

The “cases of impact” pointed out that water contamination occurs in all stages of the fracking process.

With over 3,900 public water systems near fracking wells serving over 8.6 million people in the United States alone, the contamination of drinking water issue is a large one. In 2015, an additional “20,000 new wells [were] drilled and hydraulically fractured,” on top of the 30,000 wells already in existence. (Page 4, Executive Summary report, EPA).

This is the first notable study into the fracking industry and water reserves. The EPA does acknowledge that there are “data gaps” in their study, but that the report is a substantial basis to build further findings on.

Unfortunately, the EPA and other scientific agencies will now have to play the ‘wait and see’ game as President-elect Trump’s inauguration looms.

Trump’s administration is averse to any ‘anti-fracking’ reports and regulation for the fracking industry. Couple this with his belief that climate change is ‘made up’ and the science of these reports rests on shaky grounds.

In the past, regulators have been at the mercy of Congress, as analyst Mall suggested. Trump’s administration may additionally limit the EPA’s craving for further aggressive study into fracking.

…Unfortunately, the EPA and other scientific agencies will now have to play the ‘wait and see’ game as President-elect Trump’s inauguration looms.

According to Scott Segal, who represents oil and gas developers at Bracewell LLP, “there’s a lot of exaggeration. There’s a lot of mischaracterization of the extent of contamination that’s based on a desire to enhance recovery in tort liability lawsuits.” The partner at Bracewell LLP continued, “Anecdotal evidence about localized impacts does not disprove the central thesis, which is that there is no evidence of widespread or systemic impacts.”

Reminiscent of past crisis’ such as Flint, it won’t be until people demonstrate symptoms of illness before reports are requested and fingers then pointed.

This article (EPA’s Latest Report Finds U.S. Water Supplies Under Threat from Fracking) is a free and open source. You have permission to republish this article under a Creative Commons license with attribution to the author AnonWatcher and AnonHQ.com.