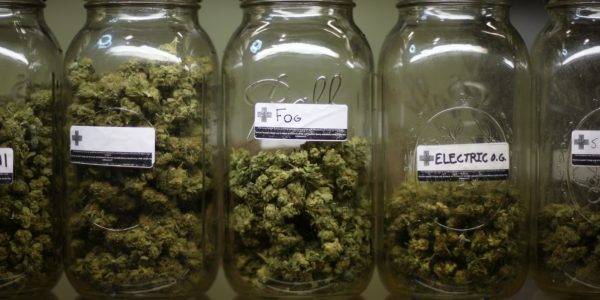 By the end of this year, it will be decided whether recreational marijuana will be legalized in the State of California, United States.

In California, medical marijuana is legal pursuant to Proposition 215 in 1996 and Senate Bill 420. However, recreational marijuana still remains illegal. The possession of up to one ounce of marijuana is an infraction, similar to a traffic violation, which comes with a fine of $100.

In the past, there have been many attempts to finally make the plant legal in the state so that people could benefit from it. However, so far, these efforts have proven to be futile.

But this is not deterring activists in favor of recreational legalization of the plant. In November this year, the recreational marijuana issue will be put to a vote again. As proponents and opponents of the plant prepare their messages for the campaign, it has emerged that law enforcement agencies in the state have already decided which side they will be supporting.

The Intercept reports that the police and prison guard groups are busily pumping huge sums of monies to lobbyists in an effort to prevent the legalization of the plant.

According to the report, about half of the money raised to oppose the ballot measure to legalize recreational marijuana in the state is coming from police and prison officials. The Intercept states that these officials are terrified that they might lose the revenue streams to which they have become so deeply addicted.

Money from the so-called ‘war on drugs,’ is said to have become a notable source of funding for these law enforcement agencies. Huge government grants and asset forfeiture windfalls benefit police departments, while the constant supply of prisoners keeps the prison business booming. The police receive special federal grants from the Justice Department to help fund drug enforcement efforts, including specific funding to focus on marijuana. Therefore, in an effort to prevent this ‘money making machine’ from slipping away, the law enforcement agencies in California have employed the service of a well known lobbyist, John Lovell, to lead their campaign against the legalization of the plant. Lovell is said to be a long-time Sacramento lobbyist for police chiefs and prison guard supervisors. In the past, Mr Lovell and some lobbyists in Sacramento were able to steer the Justice Department grants into marijuana eradication. In addition, last year, Lovell successfully worked to defeat measures to reform asset forfeitures relating to drugs in California.

According to a disclosure document published earlier this month, through his so-called Coalition for Responsible Drug Policies, Mr Lovell raised over $60,000 during the first three months of 2016 for the campaign against the legalization of the plant.

Other donors believed to have contributed include the California Teamsters union and the California Hospital Association, as well as Sam Action, an anti-marijuana advocacy group co-founded by former Rep. Patrick Kennedy, D-R.I., and former George W. Bush speechwriter David Frum.

The Intercept reveals that law enforcement officials in Minnesota, Washington, and other states that have debated relaxing the laws surrounding marijuana, have said that they stand to lose money from reform.

But California is said to be the latest state in which law enforcement agencies have led the fight against marijuana legalization across the United States.

But notwithstanding on this opposition, supporters of the legalization are said to have so far raised more than $2.25 million for the campaign. They have also secured a number of high-profile endorsements, including Rep. Ted Lieu, D-Calif. and the California Medical Association. According to recent polls, Californians are more supportive of legalization this time around, with around 60 percent of likely voters claiming they will back the measure.

This Article (Law Enforcement Officials In California Are ‘Up In Arms’ Against Legalization Of Marijuana) is free and open source. You have permission to republish this article under a Creative Commons license with attribution to the author and AnonHQ.com