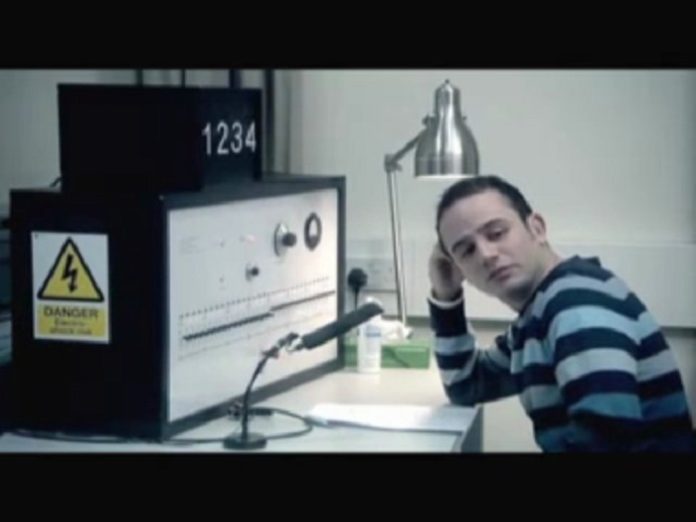 So here we are. Years have passed and awareness of the issue of police brutality is at its peak. Yet somehow incidents of police violence, particularly against unarmed subjects, seems to continue unabated. One has to wonder what happens to the individual, once indoctrinated into police culture, that allows them to knowingly and willingly take another human life, with seemingly little personal affect. Several factors combine to create the militant police approach we see in these officers today, however I was recently struck with a realization. The individual need for the officer to obey authority fundamentally grants them a kind of personal moral immunity to behaviors they otherwise would deem immoral and possibly offensive, if they hadn’t been granted “permission” by the state.

When I was a police officer, I conducted myself in a manner which I never could have foreseen myself and which now, I can’t believe I had at all. After leaving law enforcement after almost a decade, I began to make connections and observe patterns in my past behavior and actions. I seemingly have come to understand law enforcement in a much broader sense than I ever could have when I still worked the road. I routinely would fall back on the idea that if the statute book said it, I would enforce it. The vast majority of crimes people go to jail for are petty and not worth the time or effort of law enforcement, however, they need to keep the lights on somehow, right? I personally couldn’t have cared less if you stole some kids bike, or got in a fight or smoked some weed. I like weed. But if the book said you broke the law, you went to jail. I didn’t care about nor did I even consider the echoing consequences of a simple trip to jail. My job ended when I dropped you off and was on to the next. There was no personal empathy involved.

After looking back at this, I really came to realize that the behavior I demonstrated in day to day police activities, as well as the indifferent murder of citizens, has a cornerstone in established psychological theory. The Milgram Experiment, named after scientist Stanley Milgram, demonstrated that people will forgo their own moral compass when given permission by an authority figure. This concept applies to virtually all areas of police work and allows officers to basically check their moral compass at the door. The idea that it was OK for me to ruin someone’s life and get them tied up in an endless cycle within the justice system is appalling to me now, however then it was just business as usual. I used to say, “well you shouldn’t have broken the law.” Once again, deflecting any and all responsibility on my behalf, hiding under the guise of being just “an agent of the state.” I think I knew I was deflecting responsibility to a faceless entity, but the ramifications personally and societally were oblivious to me.

In the Milgram Experiment, three subjects participated; a “teacher”, a “student” and a the Experimenter, however the teacher was the real subject. The Experimenter and the student were in on it. The teacher would ask the student a series of questions and with every wrong answer an increased amount of electricity would be pumped in the student. The experiment showed that despite the pleas to stop from the student (who really wasn’t getting shocked), the vast majority of the time, the teacher would continue to administer shocks. The authority figure (the experimenter), said it “was ok” and that it was “all part of the experiment.” This granting of permission and the ability to deflect any and all personal responsibility from themselves to to their authority figure is directly analogous to police behavior in today’s America. This Milgram effect is believed to have played a major role in the blind obedience displayed by the Nazis during World War 2. Instead of the transferring responsibility to an experimenter, police transfer their own personal responsibility to their agency and the state. They transfer responsibility to the law makers. They transfer all responsibility to an entity other than themselves and literally hide behind their badges. Now this does not account for the many outright murders we see. I believe that in those cases, the officer believes consciously or subconsciously hat he can transfer responsibility to his authority figure,aka “because I’m the police”, but didn’t take into consideration the law itself.

Believe it or not, law enforcement incorporates some discussion of the Milgram Experiment into their training, however training of the psychology behind police work tends to go in one ear and out the other of new recruits who are just anxious to get a gun in their hands. The police text book Ethics In Law Enforcement address the Milgram Experiment, however it appears to miss the larger picture of how the experiment and its conclusions affect the individual and why. The text sums up the Milgram Experiment as having affected law enforcement in four ways. All four miss the mark and talk about how senior officers can influence and coerce newer officers by demonstrating bad behaviors. Once again, where the experiment really hits home in law enforcement is the transference of personal morality and responsibility to the faceless entity of the state, even if it means killing.

One of the things that really differentiates the police forces of other modern nations from the United States is seemingly their core set of principles. While the US police state is driven by the need for authority, other nation’s police are taught to have a higher regard for human life. We all know US police have an us against them mentality. Combine that with an abdication of personal moral value and a need to obey the state, you are left with what we see all around us today. The problems we face with our American system of policing lie deep beneath the surface and can not be fixed with a class on sensitivity. They lie deep rooted in the psychology and attitudes of those in positions of power now and those who came before them.