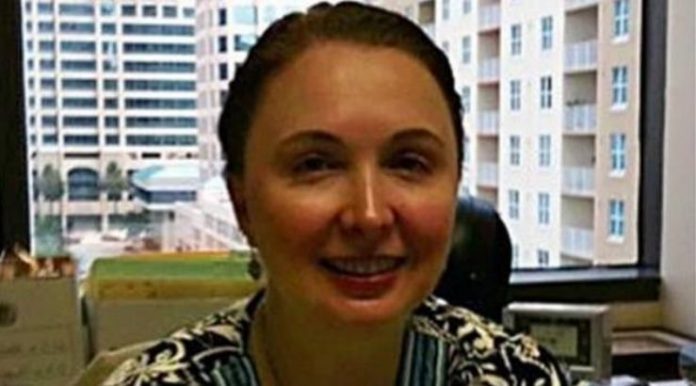 (ZH) — Something big is about to hit in the Jeffrey Epstein drama, which in recent days has quietly slipped to the last page in the local media.

Moments ago, the Miami Herald whose reporting in 2018 reincarnated the Epstein pedogate scandal, reported that Marie Villafaña, the lead federal prosecutor who helped negotiate the controversial plea deal for accused sex trafficker Jeffrey Epstein, has submitted her resignation to the Justice Department.

Villafaña’s lawyer, Jonathan Biran, confirmed her resignation to the Miami Herald, saying that she has long planned to transition to a legal career in healthcare, and now plans to join the federal Department of Health and Human Services, because allegedly, she handled a number of healthcare fraud cases in South Florida in recent years.

Her shocking departure comes amid a sprawling federal probe into the role she and other federal prosecutors, including her former boss, Alexander Acosta, had in sidelining the 53-page indictment against the wealthy New York schmoozer and convicted pedophile in favor of a state plea to minor prostitution charges in 2008. Epstein, 66, was accused of molesting dozens of underage girls, most of them 14 to 16 years old, at his Palm Beach mansion more than a decade ago. He is now facing federal sex trafficking charges involving minors brought against him last month by prosecutors in the Southern District of New York.

The DOJ’s Office of Professional Responsibility is probing whether Acosta, who resigned his cabinet post as Trump’s secretary of labor last month — and other U.S. prosecutors involved in the 2007-2008 case — committed misconduct in negotiating the secret pact with Epstein. A federal judge in February ruled that the prior deal was illegally negotiated because Epstein and federal prosecutors concealed it from his victims in violation of the Crime Victims’ Rights Act.

Villafaña, 51, has worked in the Southern District of Florida, mostly based in West Palm Beach, for the past 18 years. She is the last member of the federal prosecution team that handled Epstein’s case in 2008 still employed by the Department of Justice. The other members of the team, including Acosta, left in the years after Epstein’s case was closed.

Palm Beach Sheriff Ric Bradshaw’s role in the case is also under scrutiny the Herald reports, since under his watch he permitted Epstein liberal work release privileges that allowed the multimillionaire to be chauffeured by his valet from the jail to his office in West Palm Beach six days a week, 12 hours a day.  Even when Epstein was in his cell at night, sheriff’s deputies reportedly allowed him to keep his door open.

While there is no specific reason to doubt the motive behind her resignation, a much more likely reason behind Villafana’s abrupt departure is that several people involved in the Epstein case have been questioned by the Justice Department in recent weeks as part of its ongoing OPR investigation, and something unexpected “popped up.”

Villafaña has never spoken publicly about the case. Sources close to her have said that she disagreed with Acosta’s decision granting Epstein and others involved in his activities immunity from federal charges.

Those close to Villafaña said that in the end, she was a loyal career prosecutor who toed the line of her boss while focusing her efforts on a provision in Epstein’s agreement that forced him to pay restitution to his victims. At the time of the deal, the FBI had identified 34 underage victims, most of them middle and high school girls who came from underprivileged backgrounds.

Recently released documents revealed that Villafaña strenuously objected to Epstein’s work release, and wrote a letter to the Palm Beach Sheriff’s Office in December 2008 pointing out that the crimes he committed were not accurately reflected in his work release paperwork and that those records contained “omissions” that should have disqualified him for the program.

Biran said Villafaña’s resignation had nothing to do with the Epstein matter, and that she has recently completed a two-year training program on healthcare compliance. Most of her career has been spent advocating for the rights of victims, and she has received numerous awards for her work, he added.

“Ms. Villafaña is confident that, when DOJ’s internal investigation has been concluded, the department will find that she acted properly in all respects as the lead prosecutor in the federal investigation of Jeffrey Epstein,’’ Biran said.

Her departure is unlikely to derail OPR’s probe according to Michael R. Bromwich, a former federal prosecutor in the Southern District of New York. “There is no reason that they couldn’t continue the investigation, especially in a case like this where there is broad public interest in knowing what happened,’’ said Bromwich, a former inspector general for the Justice Department. He added that it’s important for the department to make its findings public given that so much secrecy has surrounded the Epstein case.

Meanwhile, Epstein was denied bail and remains jailed in Manhattan pending his trial, tentatively set for next June. Many have speculated that it is unlikely that he will survive that long.