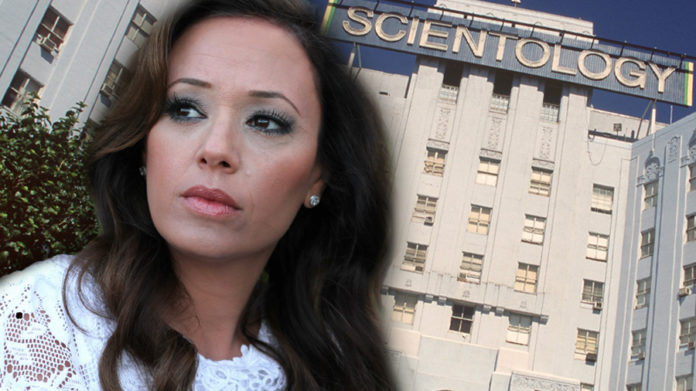 Actress Leah Remini was worried for her daughter. The auditing process that a child goes through to gain access into Scientology is intense; auditing and an unforgiving questioning of the participant. Remini’s daughter, Sophia, was reaching the age where the auditing would begin, and she admits to being worried about the “message that [it] sent my daughter.”

Just before Leah decided that it was time to cut ties with the Church of Scientology, she had recalled her own time as a child going through the process, and had resented her mother for it. What some may not know is that Remini was born into Scientology.

Since coming out in public against the Church of Scientology, Leah Remini has suffered a loss of friends she once considered close, including being called a “bigot and repulsive” by renowned devout Scientology follower, Kirstie Alley. The parents of her God-daughter have turned their backs, literally on the actress, when crossing paths in the street. Scientology was construed by well-known science fiction author L. Ron Hubbard, and has continued to establish its foothold in society over the last few decades in particular. Leah Remini had spent more than 30 years of her life devoted to the institution, now acknowledging the impact it had on her life up until a moment of reckoning with her daughter, where the religion was made to be more important than her family. “I’m learning there’s a new world out here,’ she says of the perspectives beyond Scientology. “There shouldn’t be any kind of judgment towards somebody who has a belief system that is not yours.”