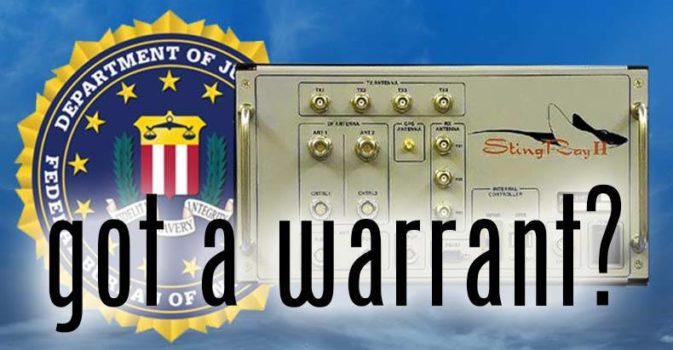 As reported by The Intercept, an investigative news organization known as Oklahoma Watch obtained a non disclosure agreement between the FBI and the Oklahoma City Police Department and leaked it to the public. A non-disclosure agreement (NDA) is a legal contract between several parties that establishes the confidentiality of shared knowledge or materials.

The contents of the letter go on to mandate that as a requirement for using the FBI’s resources, in this case a cellphone capturing stingray, the police departments have to reproduce any information they find useful. Meaning that any information the FBI gives them about an individual is strictly not to be reference or used for prosecution. As the letter directly states “Information obtained through the use of the equipment is FOR LEAD PURPOSES ONLY, and may not be used as primary evidence in any affidavits, hearings or trials…your agency understands it is required to use additional and independent investigative means and methods, such as historical cellular analysis, that would be admissible at trial.”

Note the last line of this statement, “admissible at trial”. Do you know why local police department have to recreate the information the FBI gives them? This is because all the information the FBI gives them was collected illegally, without a warrant and would therefore be thrown out of/not allowed (inadmissible) in court. The FBI is admitting here, in confidence, to illegal and unconstitutional surveillance of United States citizens!

The letter surrounds the use of technology known as Stingrays which essentially fake the identity of a cell phone tower, intercepting phone calls and text messages, revealing the location of anyone within the signal radius. Many local or small town police department do not own such sophisticated technology. It is not terribly uncommon for these department to reach out the federal government, mainly the FBI and NSA, who have been known to deploy a stingrays in high population areas.

This is not the first time the use of Stingrays have gotten police departments in hot water. Several times in the past police departments have been caught lying about the use of Stingrays to obtain evidence. Claiming that they received information from “informants” when in reality the information was later found to have been obtained from stingrays used by the NSA/FBI. In every instance motions were filed and the evidence was asked to be thrown out of court on behalf of the defendants. This is also exactly why the FBI includes this specific language in the letter.

On Wednesday March 27, 2016 a Maryland Court produced a landmark decision declaring that “the 4th Amendment protects people and not simply areas – that people have a reasonable expectation of privacy in real time cell phone information. Thus we hold that the use of cell site simulators (stingrays) requires a valid search warrant, or an order satisfying the constitutional requisites of a warrant.” Where as it was ambiguous before, just last month US courts finally declared stingray technology unconstitutional.

The letter leaked to the press this week was dated from September 2014, when the laws were not clearly defined as they are today. But even in 2014 there was legal president to throw stingray evidence out of court and the specific use of language within the document only proves that the FBI was well aware that what they were doing was wrong.

Read Leaked Letter for Yourself: http://oklahomawatch.wpengine.netdna-cdn.com/files/2016/04/OKCPDFBI-MOU.pdf

This article (Leaked Document Shows FBI Admitting To Illegal Surveillance) is free and open source. You have permission to republish this article using a creative commons license with attribution to the author and AnonHQ. Join the conversation at www.anonboards.com