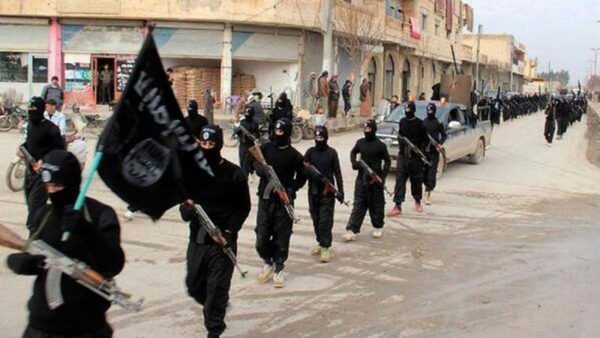 Since the terrorist group, the so-called Islamic State of Iraq and Syria (ISIS) gained international attention for their brutalities, many Islamic scholars have condemned the actions of the group, stating that the group’s actions do not represent Islam in anyway.

In confirmation of what Islamic scholars have been saying about the terrorist group all this while, over 4,000 employment documents of ISIS, obtained by the Syrian opposition media outlet Zaman al-Wasl, has revealed that a staggering 70% of the group’s fighters recruited between 2013 and 2014 were listed as having just basic knowledge of the Sharia – the legal framework within which the public and some private aspects of life are regulated for those living in a legal system based on Islam. The legal framework is taken from the Quran and the Hadith. The Hadith is the sayings and actions of the founder of Islam, Prophet Muhammad. Therefore, a Muslim with limited knowledge of the Quran and the Hadith cannot interpret the laws of the religion to others. However, these ISIS fighters described as having just basic knowledge of the religion are part of the top hierarchy of the group claiming to be administering Islamic laws in areas they control.

When Zaman al-Wasl obtained the documents, the outlet shared it with The Associated Press news agency. Further analysis of the documents revealed around 24% of fighters were categorized as having an intermediate knowledge in Islam. Just 5% were said in the documents to have advanced knowledge about Islam. It is said only these 5% have memorized the Quran, indicating that they are advanced in the religion.

From the documents, it was discovered that the duty of the 5% is to brainwash those with limited knowledge, especially on jihad. The Associated Press and Zaman al-Wasl investigative reporters who analyzed the documents said those doing the brainwashing were happy with the majority of recruits only holding basic knowledge of the religion. Among the documents were those of Karim and Foued Mohammad-Aggad, the two French citizens who joined ISIS as foreign fighters. After a brief stay with ISIS, the two returned to France, and Foued eventually participated in the Paris attacks against the Bataclan nightclub in November 2015, leaving 130 people dead. Both Karim anf Foued were listed in the documents as having basic knowledge in Islam.

When Karim was arrested and put before the court, he told the presiding judge: “Islam was used [by the Islamic State] to trap me like a wolf.” When the judge questioned him on his understanding on the Quran and the Sharia, Karim responded: “I don’t have the knowledge to answer the question.” Karim was thereafter sentenced to nine years in prison for joining a terrorist group.

The document revelations and the confessions made by Karim in court have led observers to believe that the majority of fighters who join or vow allegiance to the terrorist group, do so for misguided religious reasons. A former CIA case officer, Patrick Skinner, who specialized in extremist organizations in the Middle East, said most people who join extremist groups are “reaching for a sense of belonging, a sense of notoriety, a sense of excitement,” adding that religion for such people is an afterthought.

Recently, the ring leaders of ISIS openly criticized the Islamic University in Egypt, Al-Azhar for what they described as an approach adopted by the university to subdue Muslims through appeasement with the West. This ISIS criticism came after the university openly condemned the group for not representing Islam.

A scholar of the university, Mohammed Abdelfadel said ISIS propaganda videos heralding fighters’ supposed martyrdom, directly contradicts Islamic laws that forbid terrorism, the murder of non-combatants in war, the imposition of Islam on non-Muslims and other criminal activity. ISIS is an offshoot of al Qaeda. The group wants to establish a so-called Islamic Caliphate in Syria, Iraq and other places around the world. The CIA estimates that the group has about 18,000 to 22,000 active fighters in Syria and Iraq.

The group uses brutal methods to torture and punish those who it considers to be its enemies, including Muslims who do not believe in its version of Islam. Christians and other minorities are also among its main targets.

This article (Leaked Documents Reveal 70% of ISIS Fighters have only Basic Knowledge about Islam) is a free and open source. You have permission to republish this article under a Creative Commons license with attribution to the author and AnonHQ.com