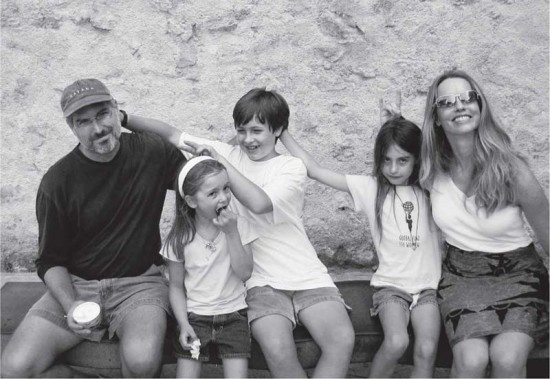 When New York Times journalist Nick Bilton asked Steve Jobs “So your kids must love the iPad?”, it was more an assumption than a provoking question. After all, millions of children across the world love the fun, colourful and educational kids’ apps offered on the Apple Store, embracing the simplicity of the iconic device. This was why Jobs’ frank response was completely unexpected.

“They haven’t used it”, he said. “We limit how much technology our kids use at home”.  The Apple co-founder and CEO oversaw the pioneering developments of the iMac, iTunes, iPhone and iPad, but actually restricted the exposure his children had to technology.

As developments speed forward at a breath-taking pace, smartphones, tablets, laptops and games consoles are becoming an increasingly large part of childhood. Hands-on play, getting messy and sports have been pushed to one side, while the digital world has stepped forward. The glow of screens has replaced standard rough-and-tumble, while children under 10 are actually becoming addicted to their devices. It’s an image which saddens those whose childhood seemed more innocent and more real. While some parents provide unlimited access, with all sorts of technology available even in bedrooms, others are stricter. It’s common to time gaming sessions, use pay-as-you-go mobile phones and only allow internet access for homework. Non-tech schools are even springing up as an alternative across America. Establishments like The Waldorf School are computer-free, with blackboards rather than Smart Boards, and fully stocked book shelves.

Somewhat worryingly, it is the tech-savvy who are choosing this parenting style. Chris Anderson is the former editor of Wired, and currently works as CEO of 3D Robotics. He explained in The New York Times why he didn’t want his five children to embrace the digital world too early, claiming he and his wife have “seen the dangers of technology firsthand”.

It’s been observed that learning has become less imaginative and less creative, while the memory is eroded by the constant supply of information from Google. A rising number of young people are being treated for compulsive behaviour caused by spending too long on their devices. Teachers claim children are lacking dexterity in their fingers and basic social skills from a lack of interactive play, and there are tragic YouTube videos of toddlers trying to swipe a magazine to unlock it.

It’s natural to want to shelter your child from the bad things which are happening in the world, for the time being at least. In the realms of the internet, it’s harder to control this exposure. Pornography, online bullying and magnified peer pressure all come with the territory.

As the internet generation grows, it is becoming possible to assess the actual damage which excessive technology is doing to our kids. Fortunately, parents do have a choice.