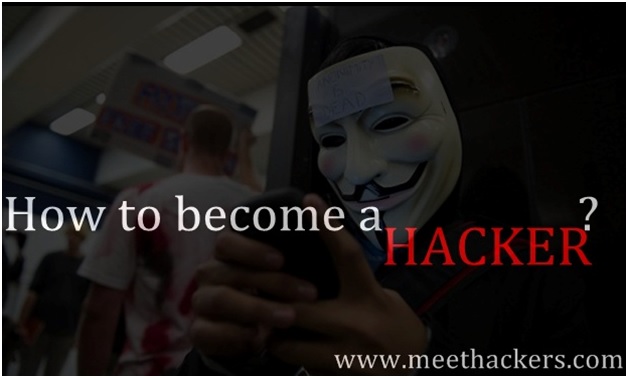 Becoming a hacker is not an easy job, it needs a lot of interest, passion and hardwork. If you are interested in hacking or in cyber world then it’s not a tough job for you to become a hacker.

So let us elaborate in steps for becoming a hacker

As per the professional hackers, php is much more useful for hacking into web entities, php is also useful for web developing

You can use hacking tools which are made by experts, but this won’t make you a hacker, more a script kiddie or noob (this is real hackers would call you). In order to get a real hacker, you need to understand how hacking tools work and be able to code them even yourself.

Every week new malware is being introduced to the cyber world which are made by black hats, in order to gain fame, earn money or more. Learn about malwares through hacking websites.

Do some research on them, particularly about how they are working

It’s your choice whether you want be  black hat or white hat, while white hats are known as good guys, black hats are the ones doing illegal things with their hacking skills, either for personal interests or for money. Do some white hacking, it will help you gain experience in hacking, if you want be white hat, then you should participate in bug bounty programs.

8. Try to make tools with python

9. Most important step is secure yourself from being hacked

Before starting into hacking stuff, it is important to secure yourself from being caught or being hacked by using a VPN or other methods.

10. Spend a lot of time with hacking and programming

The more time you spend with hacking or programming, the more you’ll become stronger

So spend at least 4 to 5 hours daily,