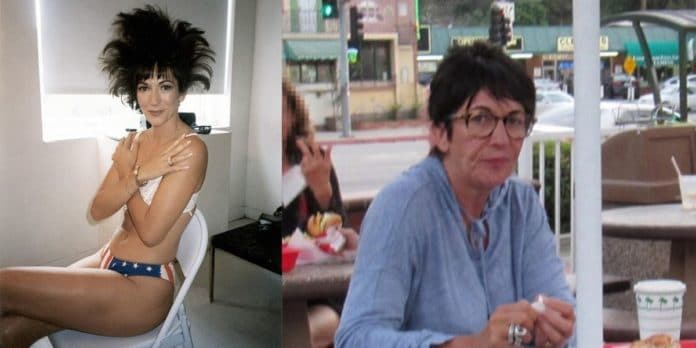 Ghislaine Maxwell could have been secretly operating one of the most powerful Reddit accounts of all time, according to strong evidence provided by the trueanon thread on reddit.

Hundreds of users have pointed out the u/maxwellhill handle has fallen silent since her July 2 arrest on sex trafficking charges related to Jeffrey Epstein.

In a Twitter post, YouTuber Joe Leonard wrote: ‘Ghislane Maxwell was the first person on reddit to hit 1 million karma LMAO! She’s the #8 karma to this day. Her posts to /r/worldnews constituted roughly 30% of the posts there. This connection was made after she was arrested and that account stopped posting there after 14 years.’

The u/maxwellhill account has not posted since July 1 despite posting on a regular basis for 14 years about the biggest new stories across the world, covering everything from Israel to Donald Trump and space.

Others have pointed out the account often discusses the age of consent around the world but completely steers clear of any stories relating to Epstein.

Karma points on are earned by user interactions with Reddit accounts; records show the u/maxwellhill handle currently has more than 14 million points and is one of the top rated on the site.

Maxwell, 58, the daughter of late disgraced newspaper baron Robert Maxwell, will appear in court remotely for an arraignment and bail hearing on July 14, the judge handling the case wrote Tuesday.

In a board one Reddit user wrote: ‘Not confirmed, but research suggests that /u/maxwellhill, the Reddit account with the 8th most link karma of all time, powermod of frontpage subs like r/worldnews and r/technology, first account to reach a million Karma, is/was operated by Ghislaine Maxwell.’

The post has been liked more than 8,000 times with more than 1,000 users adding their own theories on the account.

Evidence put forward for the unproven theory also include the fact the account was inactive around the time of Maxwell’s mother’s death in 2013.

The user also claims to be born in December, like Maxwell and uses a mix of British and US spelling as well as French slang. Maxwell was born in France, raised in the UK and has an American passport.

And there are also suggestions the name maxwellhill is a combination of her surname and the family home in the UK, Headington Hill Hall.

Youtuber Leomard said: ‘Despite being heavily involved with /r/worldnews, /u/maxwillhill refrains from posting about Epstein. Users have even jokingly called the account “Ghislaine MaxwellHill”.’

In 2011 Gizmodo wrote: ‘Maxwellhill isn’t just trying to be mysterious; he/she is trying to be successful. Maxwellhill’s ascent to power was deliberate and skillful. The million karma points were a goal, not an accident.’

It was also pointed out that Maxwell has used obvious pseudonyms before; one of her bank accounts was logged as GMax as recently as this year.

Attorneys have already said they have identified 15 bank accounts associated with her in the last four years. The total balance of these accounts has ranged from hundreds of thousands of dollars to more than $20 million.

The account shows recent subjects focused on by maxwellhill to include Bitcoin transactions, Donald Trump and The New York Times.

Many of the posts about President Trump highlight negative stories or people criticizing the administration.

The discussions by Reddit users come just days after its former CEO, Ellen Pao, tweeted: ‘She was at the Kleiner holiday party in 2011, but I had no desire to meet her much less have a photo taken with her.

‘We knew about her supplying underage girls for sex, but I guess that was fine with the ‘cool’ people who managed the tightly controlled guest list.’

After backlash Pao added: ‘To be clear, the press had described her as supplying underage girls for sex, but she had not been charged so I guess it would be more accurate to say we ‘suspected’ v ‘knew.’

One Reddit user commented that maxwellhill was silent during the time this party took place.

Maxwell was arrested after months of living in seclusion and moved to a federal jail in New York this week.

She faces six counts related to crimes allegedly committed by Epstein, her former boyfriend and a convicted sex offender who killed himself in prison while awaiting trial last summer.

They include perjury and conspiracy to entice minors as young as 14 years old to travel in order to engage in illegal sex acts. Maxwell is also accused of taking part in some of the sexual abuse.

At the hearing, prosecutors will argue for Maxwell to remain behind bars without bail.

Prosecutors say she is an ‘extreme’ flight risk, pointing out that she has passports from the United States, Britain and France.