The Anonymous group of international hackers has gained access to over a million emails of ALET, a Russian customs broker that deals with the exporters of petroleum products, coal, and liquefied gas. That’s according to a tweet released by the group.

ALET has worked with over 400 companies since 2011 to file over 119,000 customs declarations and has recommendations from Gazprom, Gazprom Neft and Bashneft. Approximately 75% of ALET’s business comes from oil products, 10% from oil, and 9% from hydrocarbon products. 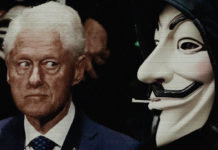