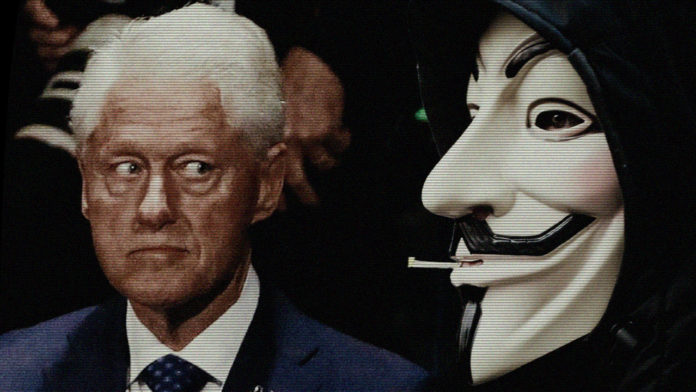 Billionaire, pedophile, Jeffrey Epstein was said to have recruited young “s*x slaves” to entertain many high profile men on his private Caribbean island:

“In 2005, the world was introduced to reclusive billionaire Jeffrey Epstein, friend to princes and an American president, a power broker with the darkest of secrets: He was also a pedophile, accused of recruiting dozens of underage girls into a sex-slave network, buying their silence and moving along, although he has been convicted of only one count of soliciting prostitution from a minor. Visitors to his private Caribbean island, known as “O*gy Island,” have included Bill Clinton, Prince Andrew and Stephen Hawking.”

Now, Anonymous has claimed that Jeffrey Epstein made secret sex tapes of these perverted liaisons in the hopes of using them for blackmail.