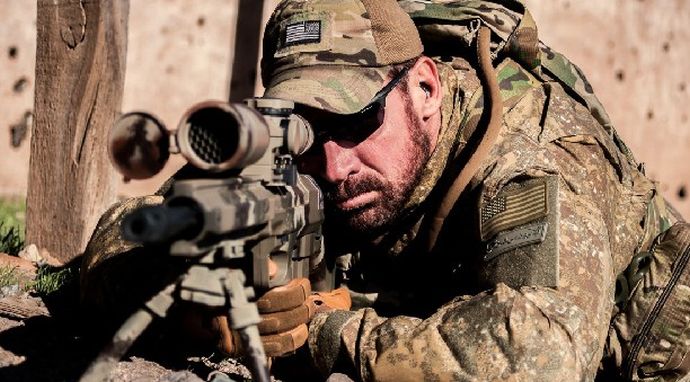 The federal Trafficking Victims Protection Act defines sex trafficking as “the recruitment, harboring, transportation, provision, obtaining, patronizing, or soliciting of a person for the purposes of a commercial sex act.”

Every year, more than 100,000 children fall victim to sex trafficking in the United States.

Some of the top ranking American defense personnel, intelligence analysts, and federal law enforcement officers are pedophiles who access and download child pornography on their work and home computers. However, the Pentagon, the NSA, and the CIA show no interest in investigating and prosecuting their highly-disciplined, high-profile, and high-ranking child pornographers.

But Craig Sawyer — a former Navy SEAL who has in the past provided security to politicians and dignitaries including Hillary Clinton, John McCain, Donald Rumsfeld, and John Negroponte — is determined to expose elite pedophile rings and bring the vile perpetrators to justice. Sawyer started Veterans For Child Rescue (V4CR) “to EXPOSE that which has been covered up and suppressed – the dark and disgusting world of pedophile trafficking rings. These rings include members from every level of our society and involve unthinkable trauma inflicted upon innocent babies and children – the soul of our nation.”

“Until now, pedophiles have enjoyed a counter-productive level of privacy from the media. That puts more children at risk. Together, we can work with federal and local law enforcement to help arrest these predators and liberate the child victims.

“This abuse must first be brought to light before it can be cleaned up. V4CR was created to shine that light. We will expose this crisis through joint operations with law enforcement and sharing the truth in an unflinching television documentary-series for the world to see.

“Through this, we hope to force stronger punitive legislation and create a non-permissive public environment to help reverse this life-shattering trend of abuse.”

“We started a nonprofit organization called ‘Veterans For Child Rescue’ and we are raising money to expose high level elite pedophile rings that are snatching up our children. Some of them are into satanic rituals and torturing little infants and toddlers to death.

“I’m getting high level information from federal law enforcement and intelligence communities. There have been over 3,000 arrests since January. We have a President now who is not ok with children being raped and tortured to death, thank God.

“I’ve realized I have to go independent to get around the gatekeepers in the mainstream media who refuse to report on it. My mission is to inform the American citizens of what they’ve been denied knowing. I want to provide a non permissive environment against these acts for these children and make a better environment for the children going forward. We have to do something.”

In March, Sawyer appeared on The Alex Jones Show and discussed V4CR and its mission to expose and bring down pedophiles. However, as soon as V4CR received $50,000, Sawyer’s crowd funding page on YouCaring.com was deleted for violation of unspecified terms of service.  Thereafter, V4CR, which is in the process of forming a 501c3 non-profit, opened a fundraiser on GunFund.Me and raised approximately 25% of its goal of $500,000 by April 28:

“Immediately after I told Alex Jones and announced our founding of the organizations, I got phone calls from officials saying there are two groups planning to attack the organization. Social media is suppressing my reach. Crowd funding sites have undermined us. But every day we are gaining more and more support from high level officials. It’s a grassroots movement that is growing very very quickly.”

Pedophiles dominate positions of authority; but Sawyer is determined to expose these high-level child predators and save children from falling victim to sex trafficking. If you wish to help V4CR, donate here and share this news.