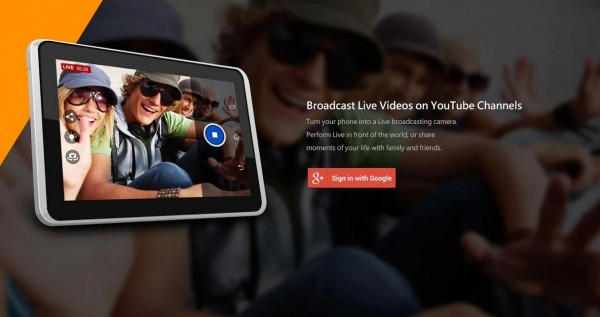 Mobile app developers have launched a new program that allows users of mobile devices, such as smartphones and tablets, take live motion pictures and broadcast them live on their YouTube channels.

The app, which is called Live in Five, operates on mobile operating systems, iOS and Android. It is free to all users. It is highly recommended for journalists and those who engage in the dissemination of news.

Due to the advancement of internet speed and connectivity, live streaming has become a quick and easy way for journalists to broadcast from the scene of the story and show their audience the reporting process. Live streaming allows the audience to see powerful and unedited footage, unlike those featured in the mainstream media. Journalism.co.uk reports that although there are a number of live streaming apps available on the market, Live in Five will ensure that any live broadcasted footage is saved for future use. The app automatically uploads recorded content to YouTube. Users can share the YouTube link to their live stream via social media, email and SMS in order to attract a bigger and instant audience.

There is no need for viewers to download and install any app before watching. They simply watch the stream via the YouTube channel.

This is how the app works: Users must first log in with the Google+ account linked to their YouTube channel. They will then have to enable the live streaming feature on the YouTube settings.

After this initial set up has been completed, users can broadcast live to their YouTube channel by simply tapping the blue button on their screen.

The app supports both vertical and horizontal mode of operation, making it useful for streaming different scenarios. Just like with other prerecorded material uploaded to YouTube, videos can be set to unlisted, private or public, making it easy to determine who can access the stream. Whether you are using WiFi or 3G, the app automatically adjusts the bit rate based on your connection, enabling it to keep the video as smooth as possible. However, you can also adjust it manually to suit your needs.

A few of the bloggers and journalists who have used the app, have spoken about its flexible nature and how it is changing the live streaming concept. Essentially, this new app allows an audience to see real-time events and happenings on both a local and global scale.

This Article (Live Streaming Gets Better: The App That Allows You To Broadcast Live From Your Mobile Device To YouTube) is free and open source. You have permission to republish this article under a Creative Commons license with attribution to the author and AnonHQ.com