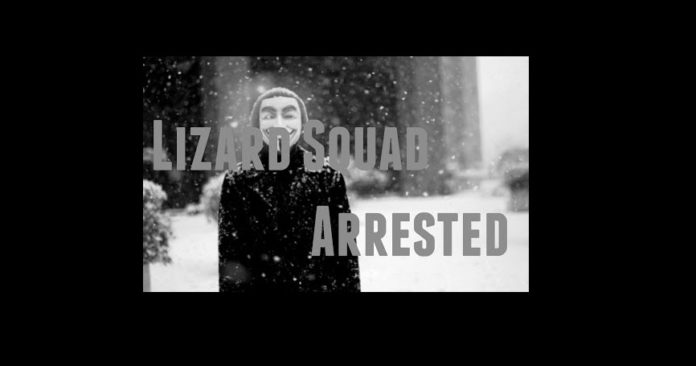 When Lizard Squad, a group of hackers, early December threatened to take down PlayStation and Xbox Live networks to spoil Christmas for video game players, its motivations were described as “in it for the lulz” — a hacker term meaning “doing it for fun”.  In the weeks following Lizard Squad’s threat, another group of hackers – Finest Squad – was formed with an aim to keep the video game services running and taking down Lizard Squad.

Lizard Squad became a famous online hacker group largely by attacking gaming networks this year.   In August, the group claimed responsibility of disrupting the PlayStation Network as well as servers run by Blizzard, the company behind World of Warcraft. The Twitter account (which has since been suspended) associated with the group, tweeted a bomb threat against Sony Online Entertainment President John Smedley, which forced his flight to be diverted. As Smedley’s flight was grounded, the group shared messages discussing 9/11, comparing themselves to terror outfit ISIS.

Yes. My plane was diverted. Not going to discuss more than that. Justice will find these guys.

After the August series of hacks and threats, Lizard Squad declared an end to their campaign of disruption, publishing this statement titled ‘Little thieves are hanged, but great ones escape’ on their website: We set out on our journey 2 weeks ago with the plan to cause havoc within the gaming community. Our motives varied throughout this adventure. Originally it was to see if we could evade being caught and to experience the raw thrill of anarchy, not being bound to phony laws. We’ve been called everything from an organised criminal ‘gang’ to complete a**holes, really we are just a bunch of guys with too much free time. Throughout our journey we met new people, gained new members, learned new things. People tried taking swings at us (and missed). We proved that even though we are little in this very big world, that a small group of friends who work together can cause a lot of havoc without legal repercussions. Today we will be disbanding, behind the green reptiles and other bullshit, we have lives believe it or not, things to do, people to meet. Goodbye.   The silence didn’t last longer and the group returned in September to knock down popular online games such as Call of Duty, FIFA, Destiny, Madden, and The Sims 4 with distributed denial of service (DDoS) attacks. Lizard Squad went quiet again in October and November only to resurface at the start of December by taking down the PlayStation and Xbox Live networks. The “Next generation Grinch”, as the Squad described itself, had evil intentions of keeping the networks down for the Christmas season. Meet the Finest Squad Finest Squad, a group of hackers, with an intention of “bring cyber criminals to justice”, emerged in December and managed to break into Lizard Squad members’ public Twitter accounts and websites, releasing their names and photographs online (probably by looking at weak spots in their email, Skype, Twitter, and web hosting accounts). One by one, the Lizard Squad members went silent. Finest Squad used a vague nerdcore track by YTCracker, a former hacker who now performs rap songs featuring remixes of classic video game soundtracks, to announce the fall of Lizard Squad. The group shared this image to celebrate the take down of Lizard Squad: And, this is what the hackers posted on Twitter:

Look what happens when millions of people see our website with all their information. #FinestSquad pic.twitter.com/D9JXkkkQae