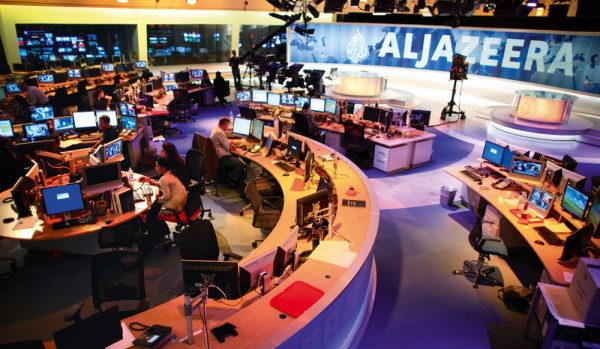 When we talk of Mainstream Media bias, we are not joking. It is real. It is happening. Some of their news contents are filled with government and corporate propaganda.

What is even worse is that when there is a news item that does not favor their cronies, they try to censor it, putting their audience in the dark.

And one big Mainstream Media in the Arab World, Al Jazeera has just been exposed for blocking an article criticizing one of its closest allies, Saudi Arabia.

Recently, reports emerged that Saudi Arabia was planning to execute more than 50 people in just a single day for alleged terrorist crimes. The issue sparked an outrage, with human rights campaigners actively criticizing, and petitioning World Leaders to put pressure on Saudi Arabia to stop the execution. Although Saudi Arabia is yet to carry out the execution, rights groups are worried because this year alone, the Kingdom has executed some 151 people. This is far above the 90 people executed in 2014.

The media which broke the story that the Kingdom was preparing to execute 50 in just a single day, Okaz is said to have close ties to the Saudi Ministry of Interior, and would not have published the story without obtaining the government’s consent.

It is against this background that the adjunct professor of law at the Georgetown University Law Center, Arjun Sethi took to the keyboard to express his dissatisfaction of the appalling human rights record of Saudi Arabia, and the shocking silence of World Powers, especially the United States. And according to the Intercept, some few days after the article was published, the corporate headquarters of Al Jazeera blocked the critical article from audience outside the United States. Al Jazeera America is owned by the Al Jazeera Media Network. It was launched in 2013 to directly compete with CNN, HLN, MSNBC, Fox News Channel, and RT America.

The Intercepts reports that an anonymous source in Al Jazeera America told local press that the network did not want to offend Saudi Arabia or any other State ally. The article is still available in the United States, but people attempting to view the link in other countries are given an error or “page not found”.

When asked by the Intercept about the article, and why it was blocked, Al Jazeera’s headquarters in Qatar said in a statement, “After hearing from users from different locations across the world that several of our web pages were unavailable, we have begun investigating what the source of the problem may be and we hope to have it resolved shortly.”

However, the Okaz newspaper later quoted a director of Al Jazeera apologizing for the article and saying that it would be removed. Another news story from a Bahraini website, showed a tweet from Al Jazeera America’s account with the article’s headline. For whatever reason, the tweet was later deleted. A spokesperson for Al Jazeera America would not comment on the tweet or on the discrepancy between the parent company’s statement to The Intercept and the comments in Okaz. Professor Sethi confirmed that he has come under intense personal attack from pro-Saudi accounts on Twitter. However, he said that will not deter him from speaking the truth, and seeking justice for the oppressed.

“The trolling seemed like an organized concerted effort to intimidate me. I will not submit to this act of censorship. Human rights are universal and I will continue to litigate and write about violations wherever they occur”, he said.

This Article (Mainstream Media Bias: Al Jazeera Blocks Article Criticizing Saudi Arabia For Human Rights Violations) is free and open source. You have permission to republish this article under a Creative Commons license with attribution to the author and AnonHQ.com