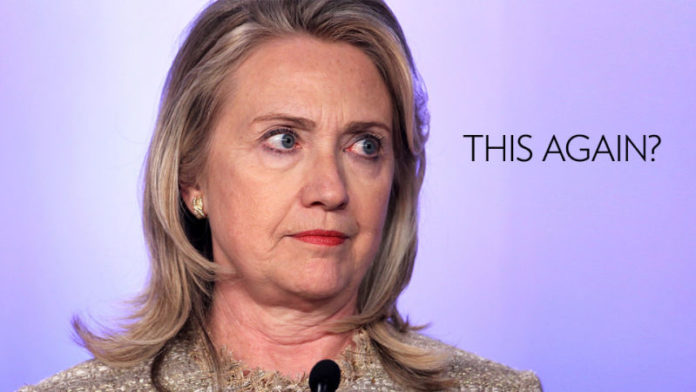 People who have been following the elections know that the mainstream media was in favour of Hillary Clinton. And it was obvious, from not bringing her emails into questioning to the supposedly “dropping” of satellite connection when someone spoke against Clinton.

Mainstream Media, What a Joke!

It does not come as a surprise that many respective newspapers, such as the Washington Post, have backed Hillary’s campaign with incomplete truths, misleading lies and anything to make her look good. For instance, the paper stated that her past failures, which give her more experience, is a plus for a President of the United States.

According to an article published in the Daily Wire, Hillary Clinton had a bad reputation amongst law enforcement agencies and the secret service. The article states that she would not meet men on duty, and would go on using abusive language to insult them. “Good morning, ma’am,” said a member of the Secret Service, to which Hillary Clinton (during the time of her husband’s presidency) replied by saying “F— off,” wrote Ronald Kessler in his book about the Secret Service and their daily tasks for the President’s family.

In his book, Kessler also states that a former agent, named Jeff Crane, stated that Hillary Clinton would swear at agents if they drove the car over bumps. However, apart from the article being full of abusive words, the mainstream media went with a full-on support approach for Hillary; and many papers stated that she is all about democracy, human rights and a stable country. But ask yourself, is she?

Things Hillary Clinton has done that will make you question her sanity…https://t.co/YMupZQaClq

Apart from the Washington Post, the New York Times went on supporting Clinton, saying that their support for her is because of her intelligence, experience in the field that has made her tough, and because of a long career in the public service, which makes her the perfect candidate in this election.

The San Francisco Chronicle published their belief, that this election was a test for the American people, to see if they knew the difference between right and wrong via their choice to select the rightful president for their country.

Aside from the fact that most major newspapers and news channels praised Clinton, there was very little about Donald Trump. Furthermore, to present Hillary in a good light, some outlets compared Donald Trump to the next Hitler, while on the other hand, Hillary Clinton was portrayed as the rightful heir to the U.S. Presidency. The mainstream media was bias and Paul Joseph Watson explains this in his video below:

There isn’t a doubt that Hillary Clinton has had the media in her back pocket, and because of this, and recent elections, the reputations of many major newspaper outlets and channels are on the line. What should have been shown and what should not have been spoken, is now haunting American journalism, claiming them as a victim of the 2016 elections – a dilemma that the Americans have started to realize.

This article (Mainstream Media Bias – Supporting Hillary Clinton) is a free and open source. You have permission to republish this article under a Creative Commons license with attribution to the author and AnonHQ.com.