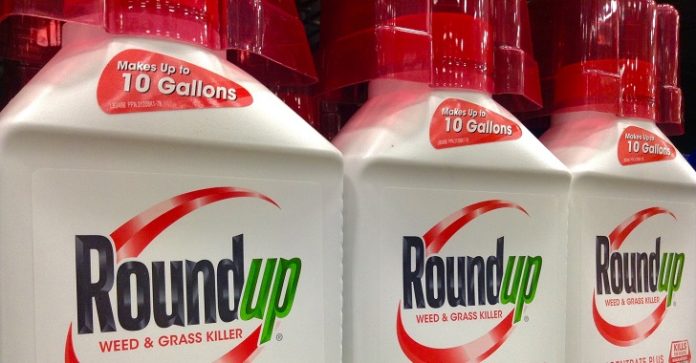 Written by Christina Sarich at theantimedia.org

What happens when one courageous attorney and a few citizens try to take down Monsanto? The MSM doesn’t cover it, for starters.

Efforts to publicize a class action lawsuit against Monsanto for false advertising it’s best-selling herbicide Roundup filed in Los Angeles County Court on April 20, 2015 have been rejected by almost every mainstream media outlet.

It’s no different than Fox, NBC, CNN, or ABC refusing to cover the DARK ACT which would give Monsanto legal immunity and disallow states to demand GMO labeling.

You would think that coverage of something the whole world wants to see – the first step toward the successful downfall of Monsanto –would be a hot news item; a newsworthy tidbit that every paper, radio station, and blog would want to spread across their pages with double bold headlines. But wait. . . just six corporations own ALL of the media in America, so there isn’t much luck there.

That’s why you have to go to sites like Russia Insider or Al Jazeera to find real news outside of certain alternative news channels in the US, and even those are white-washed from Facebook pages, and given secondary ratings on Google pages.

Matthew Phillips, the attorney suing Monsanto in California for false advertising on Roundup bottles, has asked the LA Times, New York Times, Huffington Post, CNN, and Reuters, one of the world’s largest news agencies to report on the lawsuit (Case No: BC 578 942), and most enforced a total media blackout.

When I spoke with Phillips over the phone, he said that he has tried posting the suit in Wikipedia’s Monsanto litigation section, but it keeps ‘disappearing.’ He says that he has also noticed posts on Facebook about this lawsuit get removed.

Phillips points out that as long as Monsanto can keep this lawsuit off of most of America’s radar, then his client base would be relegated to just the citizens of California.

If other attorneys were to follow his template-style lawsuit, which he wrote in English, devoid of extraneous legal-speak to encourage others to also take action against Monsanto, then suddenly the plaintiff count could be closer to several million. That is if you were to tally up all the citizens in the US who have purchased a bottle of Roundup from their local DIY store (Lowe’s, Home Depot or Ace Hardware, for example) in the last four years, not suspecting it could demolish their gut health.

Another possibility, according to Phillips, is that Monsanto could try to bump the case up to federal court in order to try to side-step a likely adverse judgment. But in this case the class action suit would also be open to residents other than those of just California. This is surely an idea that Monsanto doesn’t want seeded in the American psyche.

Phillips is extremely confident he has the goods on Monsanto in this case, and barring a sold out judge:

“This is a slam-dunk lawsuit that exposes Monsanto for LYING about Roundup. Contrary to the label, Roundup does indeed target and kill enzymes found in humans — in our gut bacteria — and this explains America’s chronic indigestion!”

His enthusiasm is palpable, as many well-known scientists and professors emeritus have offered to be key witnesses in this suit when it goes to trial. The attorney says he refuses to ‘settle’ the case and hopes that 49 additional attorneys in 49 states use his case as an example. He joked:

“When we allege that Roundup’s targeted enzyme is found in humans, it’s like alleging that the Golden Gate Bridge is found in California.”

The facts of the case really are that obvious.

Phillips also states that ‘false advertising’ and ‘misleading’ are synonyms in California law, so the fact that Monsanto has stated that there are enzymes in its product that don’t target humans – well that’s beyond just misleading. This obvious misjudgment by Monsanto is a well-known secret among many anti-GM scientists. This enzyme is definitely found in humans.

Here is how ‘misleading’ Monsanto’s statement that, “Round Up targets an enzyme only found in plants and not in humans or animals,” truly is:

EPSP synthase, also known as (3-phosphoshikimate 1-carboxyvinyltransferase) is found in the microbiota that reside in our intestinal tracts, and therefore the enzyme is “found in humans and animals.” It is partly responsible for immunity activation and even helps our gut and our brains communicate with one another.

EPSP synthase is among other beneficial microbes that produce neurometabolites that are either neurotransmitters or modulators of neurotransmission.

“These could act directly on nerve terminals in the gut or via ‘transducer’ cells such as enterochromaffin cells present throughout the intestinal tract and are accessible to microbes and in contact with afferent and efferent nerve terminals. Some of these cells may also signal and therefore modulate immune cell activity.”

Furthermore, although this will not be addressed in Phillip’s lawsuit:

“There is increasing evidence that exposure to Monsanto’s herbicide Roundup, may be an underlying cause of autism spectrum disorders (see [19]).  Glyphosate, the active ingredient, acts through inhibition of the 5-enolpyruvylshikimic acid-3-phosphate synthase (EPSPS synthase) enzyme in the shikimate pathway that catalyses the production of aromatic amino acids. This pathway does not exist in animals, but it does exist in bacteria, including those that live in the gut and are now known to be as much a part of our body as our own cells. A widely accepted dogma is that glyphosate is safe due to the lack of the EPSPS enzyme in our body. This however does not hold water now that the importance of our microbiota to our physiology is clear.”

Though Monsanto is only being sued for false advertising in this case, it is an important precedent to set in order to eventually take down one of the biotech giants that is poisoning the planet. It should send a clear message to Dow, Bayer, Cargill, and Syngenta as well.

Please show the corporate media that we will not be silenced, and pass this information along however you can. If you live in California, consider being a part of the suit yourself. If you are an attorney, Phillips is happy to discuss his suit with you in hopes that you will add your state to the growing list of those standing up to Big Ag.

You can read more about Phillips’ his case, here. The plaintiff also has a go fund me site for this lawsuit.