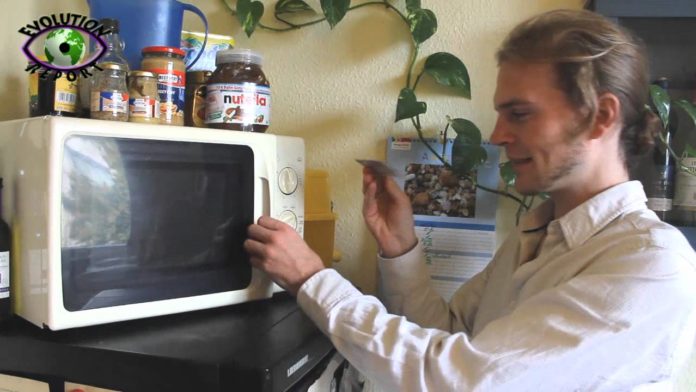 This week, a 29-year old German man was arrested at Frankfurt Airport after police noticed that he had microwaved his ID to disable the microchip inside. Microwaving ID’s is actually extremely common among German and other EU citizens who are concerned about their privacy.

The man, who has not yet been identified is now facing charges of “illegally modifying official documents,” and is accused of tampering with state property.

This new charge has many in the EU worried, as there are likely thousands of people who have microwaved their IDs to protect their privacy.

Edward Snowden Square creator Markwart Faussner explained in an interview with WorldViews in June that German people are traditionally skeptical of government surveillance because they have experienced so much of it in their history.

“Much of this can be explained historically, Germans have experienced observation throughout the 20th century. After the Nazi era, the Stasi intelligence service in the former East Germany monitored most of the country’s citizens. When the Berlin Wall fell, East Germans suddenly found out from official government files that their friends or even family members had spied on them for years or decades. Hence, there is still a deeply rooted suspicion of state authorities in Germany,” Faussner said.

According to the Washington Post, a 2014 survey found that nearly 40 percent of Germans said they considered increasing digitalization and the role of intelligence services to be a threat.

John Vibes writes for True Activist and is an author, researcher and investigative journalist who takes a special interest in the counter-culture and the drug war.

This article (Germans Are Microwaving Their ID’s To Fry The Microchips And Protect Their Privacy) is free and open source. You have permission to republish this article under a Creative Commons license with attribution to the author and TrueActivist.com.