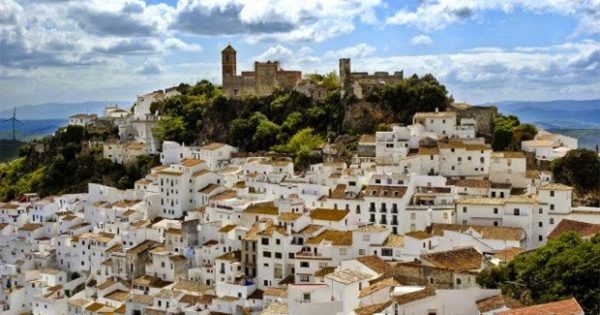 If this is the first time you are hearing the name of the town of Marinaleda, we are delighted to have been the first to mention it to you. The story of Marinaleda is worth telling to the rest of the world. People’s lives are being transformed in the town.

Take your time now and read carefully. Marinaleda is a small town in Spain. The town is located in the province of Seville, Andalusia. As of 2014, it was estimated that the town’s population stood at 2,748.

The town has been identified as social-democratic, due to its collectivist economy. Some observers describe the town as anti-capitalist, while others say it is a communist-inspired town. But whatever the description of the town may be, we are not interested in that. What we are interested in sharing with you are the policies the leadership of the town has implemented, making life comfortable and worth living in the town.

But in the town of Marinaleda, specifically, unemployment is 0%. The town has opened a wide gap between itself and the rest of the towns and cities in the province. One may ask what the secret of the town is.

The answer to the question is that Marinaleda has a strong farming cooperation. The town is made up of rolling green hills, miles of olive plantations and golden fields of wheat. The leadership of the town saw a golden opportunity in these resources to make the lives of residents comfortable. With the help of the mayor of the town, Juan Manuel Sánchez Gordillo, who has been nicknamed “the Spanish Robin Hood”, the population of the town has full employment through the town’s farming cooperative union.

Residents earn equal wages of 1200 Euros ($1600) per month. Residents do not even spend much of their wages. Mayor Gordillo has a perfect housing plan for his residents: Any Marinaleda resident who wants to build his/her own house can do so for free.

The town provides building materials and qualified workmen for free. About 192 square meters of land, too, is given for free for the building. All that the person building the house needs to do is to pay 15 Euros ($19) per month, for the rest of his/her life. Before building, the person has to sign that the house cannot be sold for private gain. Food is said to be cheap in the town. It was on food that mayor Gordillo got the nickname ‘Spanish Robin Hood’. In the past, mayor Gordillo actively encouraged shoplifting if residents were hungry.

It is said during the financial crisis in 2008, which drove food prices high, Mr Gordillo organized a series of supermarket raids in the province to get food to feed his starving population. It is said he still does that whenever he realizes prices of food in the country are rising, and his residents cannot afford it.

In August 2012, Mr Gordillo gained national and international media attention after he led raids on supermarkets in nearby towns in the province, for food. In the provincial capital Seville, and another town called Cádiz,  Gordillo and his team of ‘bandits’ stole food such as rice, sugar, pasta, milk, olive oil and flour. He sent the food to a local food bank to help the poor. When the story broke, many people praised his actions.

In an interview after that event that brought him fame worldwide, Gordillo told the media that his action was not theft, but a non-violent act of disobedience. He said food is a right for everybody. He also condemned the money economy. He said: “There are many families who can’t afford to eat. In the 21st century this is an absolute disgrace. Food is a right, not something with which you speculate. We need to rethink our values, the consumer society, the value we place on money, selfishness and individualism. Marinaleda is a small example, and we want this experience to extend throughout the world.”

Gordillo has been the democratically elected mayor of Marinaleda since 1979. Residents hold a deep affection for him. He gives all he has to his community. Many people in Spain have started admiring what he is doing in Marinaleda.

This article (Marinaleda: The Spanish Town with Equal Wages, Full Employment, Housing and Food for all Residents) is a free and open source. You have permission to republish this article under a Creative Commons license with attribution to the author and AnonHQ.com.