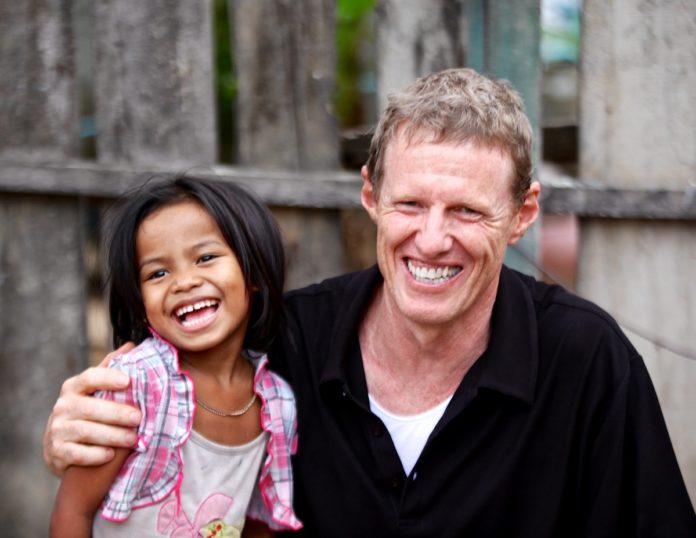 This is Scott Neeson, the man who gave up a million dollar salary, his stardom and connections to serve children in the slums of Cambodia. He worked at Fox Studios for twenty six years and last served as its president. He oversaw the releases of major blockbusters such as: Titanic, Braveheart, Independence Day, X-Men, the Star Wars prequel trilogy and many more. After a twenty six year career in film, Scott left the industry to establish the “Cambodian Children’s Fund,” and after that there was no looking back.

My friend Scott Neeson who runs the Cambodian Children's Fund is amazing.
Check it out @Tweet4CCF. pic.twitter.com/uqSrnLaXHC

It has been almost twelve years since Scott Neeson first set foot in Cambodia in December 2003. He first visited Phnom Penh on the way to Angkor Wat, and there he saw what changed his life forever – Phnom Penh’s garbage dump. It was a work place for thousands and thousands of forsaken and impoverished children. It was then that he decided to walk upon the path to find better lives for them.

Help us on #GivingTuesday by making a donation. A small amount can make a big impact. https://t.co/V0iJu49YpE pic.twitter.com/eRqQp92EF9

He recalls that the moment he stepped in there, it was the single most impactful moment of his life. The smell was almost visible, almost tactile. There were kids everywhere, in some cases being left there by parents who did not want them. They were going through the rubbish looking for recyclables, metals and plastic bottles and making maybe 25 cents a day.

Neeson lives in the offices of his Cambodian Children’s Fund, which has helped thousands of students go to school, land jobs and even become nurses and doctors, according to People Magazine.

All smiles after families were provided with new @WorldHousingCCC homes last night. pic.twitter.com/UfiUD8a3Uj

In the grand words of Neeson, “There is a moment when a previously neglected or abused child begins to understand that the care given is unconditional and lifelong. That is a magic moment. I believe that every individual has the power to bring about significant change, good or bad. Whether we choose to use that power, and for what purpose, defines our legacy.”