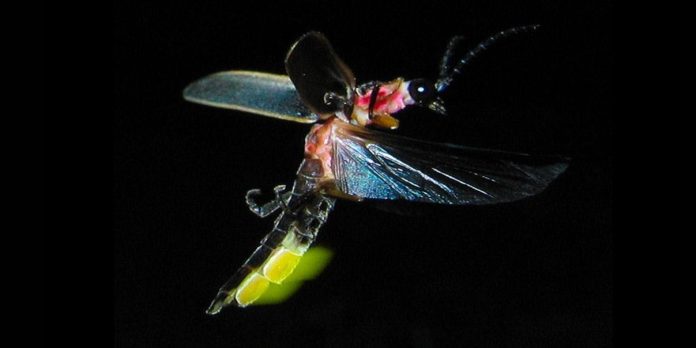 “Everyone is reporting declines,” said Eric Lee-Mäder, codirector of the pollinator program for the Xerces Society for Invertebrate Conservation.

This is not the first time the insect’s population has been highlighted as an issue. In 2010, researchers from 13 nations gathered at the International Firefly Symposium to present evidence of firefly population declines.

Although the full scope of the issue is still relatively unknown, scientists have attributed habitat loss, light pollution, pesticides and the medical industry to the insect’s population decline. Fireflies are typically found in fields, forests and marshes – environments that are warm, humid and near standing water. Over the last few decades, many of these environments have been paved over to make way for housing and commercial developments.

“You can wipe fireflies out really easily,” said Ben Pfeiffer, firefly researcher and founder of firefly.org, a firefly conservation website. “It’s not hard. You’ve got a one-acre plot, and you put a house there. Good-bye, fireflies. They’ll never be there again.”

Meanwhile, the light pollution produced by these urban developments is believed to interrupt firefly flash patterns. Each specie of firefly uses it own flash pattern to communicate, breed, warn off predators and defend it’s territory. Scientists have even observed that when exposed to a car’s headlights, synchronous fireflies get out of synch for a few minutes, according to firefly.org.

“It’s worrying,” said Pfeiffer. “When people see a habitat that’s got three, four, five different species of firefly flashing, each with a different flash pattern, it’s an amazing thing. It changes their lives, but few people get to see that anymore.”

There are around 2,000 firefly species worldwide. Many of these species of firefly are dependent on particular habitat requirements. As a result, when these habitats are disrupted by human activity – light pollution or urban development – the species is no longer able to thrive. Ultimately, population declines can then further effect the surrounding environment. For example, although the firefly’s are not as vital as other pollinators, they help pollinate milkweed, goldenrod, wild sunflowers, and other species.

However, while habitat loss and pesticides are believed to be driving factors behind the insect’s dwindling numbers, Lee-Mäder suspects the medical industry may have also contributed to the phenomenon. One of the enzyme’s that help produce the  bioluminescence effects of fireflies, known as luciferin, helped destroy cancer cells in a 2003 study. Today, luciferin and luciferase are used to track the growth of cancer tumors.

In the past, pharmaceutical companies had paid bounties of up to a penny per firefly to collect their chemicals for biomedical use, reports the Take Part. In fact, Sigma Chemical Company collected up to 1 million fireflies a year, according to a 1975 report in the Milwaukee Journal.

“If you do the math, that’s a lot of insects,” Lee-Mäder said. “You multiply that over a pretty wide area and add these other stress factors, and there’s no doubt that it has had a major impact on populations. We just don’t know what that impact is yet.”

In an attempt to document the full scope of the decline and to track the effectiveness of conservation efforts, researchers are collecting firefly related reports. The “Firefly Watch” project at The Museum of Science in Boston, for example, is using submitted sightings to develop a database of firefly distribution and abundance.

To find out how to help firefly species in your area, visit the ‘How to Help’ page at firefly.org.

This article (Medical Industry, Habitat Loss and Pesticides Labeled As Driving Factors Behind Firefly populations decline) is a free and open source. You have permission to republish this article under a Creative Commons license with attribution to the author and AnonHQ.com.