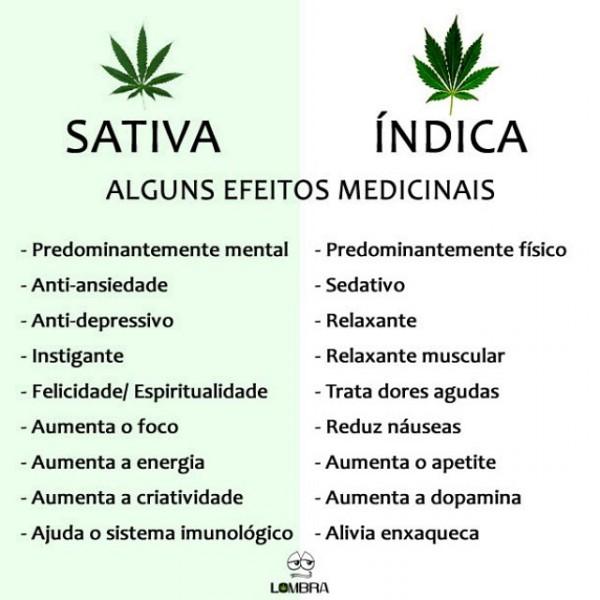 Recently, we published an article that people who smoke high-potency of marijuana risk degrading connections in part of their brain that connects the two hemispheres in the brain.

We sourced the article from a study that was done by a team of European researchers. The researchers warned that there is an urgent need to educate the public, health professionals, and policymakers about the risks involved with using high potency marijuana, also known as “skunk.”

Today, we are not bringing you bad news if you are user or want to be a user of marijuana. We are telling you about two strands of marijuana, and how they work in the human body. Take note that activists in favor of medical use of marijuana have thoroughly explored these two strands, and that is why we think it is appropriate to share their findings with you. Also, now that the debate of legalizing marijuana is gradually gaining prominence, you should know something about the plant so that when it is allowed to be used in your country, state or area, you will be able to know which to use to your advantage.

According to the Activist Post, Sativa and Indica are the two major strands of marijuana in circulation today. They can be used separately or combined to produce a series of hybrid strains.

The two have different effects on the human body. And the effects are what we want to tell you so that you will know which, when, and how to use Sativa and Indica.

People have stereotyped marijuana as a sedative substance.  But in reality, that is not true. Not all marijuana is sedative. It is the Indica strand that is sedative.

The Sativa strand is not sedative. In fact, it gives a feeling of activeness, and more energy to its users. However, the two can be combined to be used medicinally to provide healing of anxiety and stress related problems. The two also increase energy and productivity. It is very important for you to know the kind of effect you are looking for before you buy your marijuana. If you are having issues with anxiety, stress, or even head and body aches, it is recommended that you buy the Indica strand. And as we have stated above that the Indica strand is sedative, it is therefore prudent for you to use it in the night, than daytime to ensure that it does not prevent you from working during the day.

But if you are looking for something to use during the day in order to upkeep productivity, then, the Sativa strand is what you should buy. Sativa gives positive effects such as energy stimulation, increased focus, and lessened depression. It also motivates you throughout the day. It makes you active on your routine activities, giving you a productive lifestyle.

Another very important notice we would like to bring to your attention is the way you should ingest marijuana. There are many different options when it comes to preparing marijuana. The most commonly used methods are blunts/joints which are rolled from paper, or the use of a pipe or bong, which are blown glass pieces. Upon research, professionals are regarding the “vaping” method as the least damaging to users’ health. It is said that by vaping, users are able to smoke more slowly and let the effects sink in, which gives them more control over the level of high that they are looking for and would like to stay at. More importantly, by using this ingestion method, users are advised to take only what they need, and not to overdo it. While there are no recorded deaths of overdose of marijuana, it is important to slowdown the usage of the substance, especially if you are a new user.

For now, this is the information we have about the two strands of marijuana for users.  And now that this useful information has been made available, make the effort to know your body, and know what it wants, to be able to buy the marijuana that benefits you the most medically.

This Article (Medical Use Of Marijuana: Know The Two Strands Of Marijuana In Circulation For Maximum Medical Benefits) is free and open source. You have permission to republish this article under a Creative Commons license with attribution to the author and AnonHQ.com