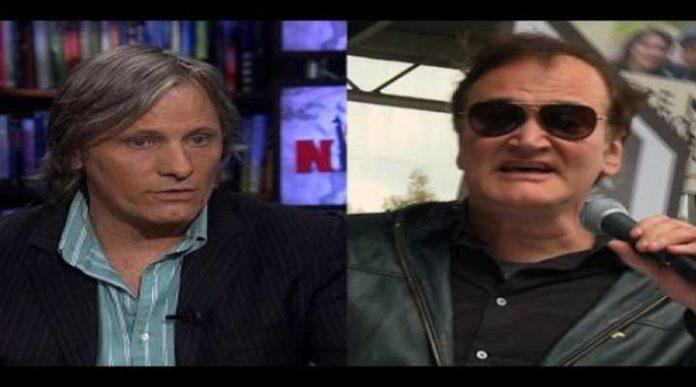 The rally that Quentin Tarantino attended has caused controversy and threats from police to the famous director. His comments have caused “intense criticism” when he stated he believed some actions by the police are “deemed murder.” As Tarantino has stated recently, if it wasn’t for the footage captured on film of the police brutality, the murders’ would have gone unanswered.


Now Viggo Mortensen has come to Tarantino’s defense. Interviewed on Democracy Now, the famous actor has spoken out about excessive force and police brutality, and the “tacit condoning of these abuses of power [by police officers and their bosses in power.]”

Along with a long list of names from the entertainment industry, Mortensen stresses it is about coming together as a whole, not as part of the entertainment industry, but with the community. He stresses the importance to have the ability to express the concerns of rapidly rising police brutality on the domestic front, and also international concerns such as the ongoing wars in the Middle East. Viggo Mortensen states “Politicians speak about politics, well I think that letting our rulers decide how to govern us…we haven’t had a great history there.”

Criticism isn’t something new against those who speak against the status quo. Mortensen, like Tarantino, aren’t new to the public attacks by political figures and the police department. But “you have to speak up” against these issues, Mortensen says. It’s important to make decisions for yourself, even at the risk of career, he continues. Moving away from the local police brutality issues, Mortensen comments on the tyranny based through geopolitical ambitions, denouncing Bush and Obama administrations for following those doctrine, especially during the time of invasion of Iraq under “false pretenses.”

“I wanna see, I wanna know…there are times when you have to say something,” he finishes, ‘there are certain things that can’t be left alone without comment, I think.”

This Article (Viggo Mortensen defends Quentin Tarantino’s stance on police brutality) is a free and open source. You have permission to republish this article under a Creative Commons license with attribution to the author AnonWatcher and AnonHQ.com.