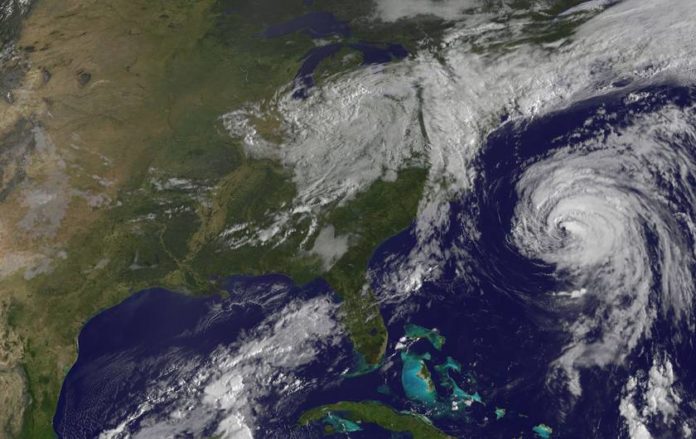 In March 2014, a new study partly-sponsored by NASA’s Goddard Space Flight Center found that modern civilization will collapse in mere decades unless humans reduce inequality and shift to renewable resources. The scientists created a NASA-funded new cross-disciplinary model – Human And Nature DYnamics or HANDY – on climate change to compare an egalitarian society, an equitable society, and an unequal society.

According to The Guardian, the study came to a conclusion that history is replete with evidences that advanced, complex civilizations are susceptible to collapse. Its authors claimed that HANDY offered a highly credible wake-up call to governments, corporations, business and consumers to recognize that policy and structural changes are required immediately to avoid societal collapse.

“The fall of the Roman Empire, and the equally (if not more) advanced Han, Mauryan, and Gupta Empires, as well as so many advanced Mesopotamian Empires, are all testimony to the fact that advanced, sophisticated, complex, and creative civilizations can be both fragile and impermanent.”

The study further investigated factors, which may be most closely linked to civilizations’ downfalls, including population, climate, water, agriculture, and energy. Together, these factors can create resource strain and a wide gap between rich and poor. Increased strain on resources and widening gap between rich and poor may lead to industrial civilization’s collapse, the study warned. The researchers offered a series of doomsday scenarios. In the first, for instance, the elites grow and consume too much, resulting in a famine among commoners that eventually causes the collapse of society. In the second, the decline of the commoners occurs faster, while the elites are still thriving. Eventually the commoners collapse completely, followed by the elites.

In order to avoid the catastrophe, the authors recommended two key solutions: to reduce economic inequality so as to ensure fairer distribution of resources, and to dramatically reduce resource consumption by relying on less intensive renewable resources and reducing population growth.

However, the study, which simply sought to investigate if the possibility of a societal collapse was real and whether complex, advanced civilizations can really collapse, and offered solutions hard to implement [for obvious reasons], was rebutted quickly by NASA. All hell broke loose when NASA called media reports crediting the agency with the study as erroneous and promptly issued a clarification:

“A soon-to-be published research paper ‘Human and Nature Dynamics (HANDY): Modeling Inequality and Use of Resources in the Collapse or Sustainability of Societies’ by University of Maryland researchers Safa Motesharrei and Eugenia Kalnay, and University of Minnesota’s Jorge Rivas was not solicited, directed or reviewed by NASA. It is an independent study by the university researchers utilizing research tools developed for a separate NASA activity. As is the case with all independent research, the views and conclusions in the paper are those of the authors alone. NASA does not endorse the paper or its conclusions.”

Did NASA fund civilization collapse study, or not?

NASA’s funding for the very research behind the study is explicitly acknowledged in the paper:

The US National Socio-Environmental Synthesis Center, where the lead author carried out his research for the project, issued an official clarification:

“Motesharrei received minor support from NASA to develop a coupled earth system model. Some of this funding was spent on the mathematical development of the HANDY model.”

The HANDY model was indeed funded by NASA; even if the conclusions of the study do not represent the views of the space agency. That makes one ponder – was the NASA connection played up to sell the study to the public? Or was there more to NASA’s response than meets the eye? Remember – global inequality is growing, with half the world’s wealth now in the hands of just 1% of the population? Do you think NASA would like to offend its own direct/indirect funders by accepting it funded the HANDY study whose outcome suggests the rich mend its ways? But what about the study?

William Matt Briggs, a statistical consultant and adjunct professor of statistical science at Cornell University, criticized the research and called the interpretations [of the study] as just pulled out of the sky, and have nothing to do with any real human society.

“The authors note that “cultural decline and social decadence, popular uprisings, and civil wars” can cause or contribute to societal collapse. But none of these have to do with the environment, our modern obsession. So the authors ignored all possible causes except the environmental in “a simple model, not intended to describe actual individual cases, but rather to provide a general framework that allows carrying out ‘thought experiments’ for the phenomenon of collapse and to test changes that would avoid it.” They call this curiosity the “Human And Nature DYnamics (HANDY)” model.

“It’s based on standard predator-prey models which work like this: a population of wolves eat the locally available deer, whose population necessarily declines, perhaps to the point where some wolves starve, decreasing their population; the concomitant reduced predation allows the deer to rebound, which gives the opportunity for more hot dinners for the wolves, which begins the cycle anew. HANDY swaps the wolves for human beings and the deer for “Nature”.”

What the final days of planet Earth will look like.Glimpse Of The End Of The World. NASA https://t.co/WHoyDthJ6U via @HuffPostUKTech

However, The Guardian observed:

Although the study based on HANDY is largely theoretical – a ‘thought-experiment’ – a number of other more empirically-focused studies – by KPMG and the UK Government Office of Science for instance – have warned that the convergence of food, water and energy crises could create a ‘perfect storm’ within about fifteen years. But these ‘business as usual’ forecasts could be very conservative.

This Article (What’s NASA Hiding? Funds Study That Predicts How The World Will End, Then Washes Its Hands Of The Research) is free and open source. You have permission to republish this article under a Creative Commons license with attribution to the author and AnonHQ.com.