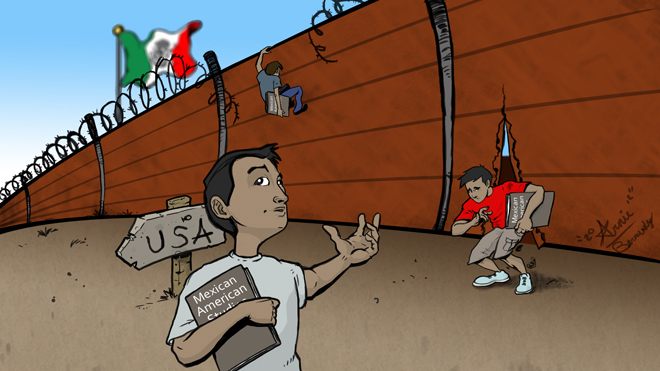 Mexican-Americans’ history spans more than 400 years and varies from region to region within the United States (US). As of July 2013, Mexican Americans make up 10.9% of the United States’ population with 34.6 million Americans listed as being of full or partial Mexican ancestry.

Anti-Mexican Sentiment in the US can be traced back to the Mexican–American War in 1846 but recent report on the history of lynching in the US has said that Latinos are the most vulnerable minority group affected.

The report chronicled the past suffering of the Latino communities and concluded that the American public is largely unaware that Mexicans were frequently the targets of lynch mobs, from the mid-19th century until the 20th century.

And this is so because, apart from Africa-Americans, few minority groups in the US barely get the attention of the Mainstream Media for pressing issues affecting their lives.

In November 1873, seven Mexican shepherds were hanged by white vigilantes near Corpus Christi. The white who committed this crime was said to be trying to intimidate the shepherds’ employer into selling his land. None of the killers were arrested. And the issue didn’t get quite attention of the press until the Mexican government spoke about it later. In the following statistics about murders relating to mob instant justice, you would found out the Mexicans are the most lynched minority groups in America.

Between 1848 and 1928, white mobs again murdered thousands of Mexican-Americans. Available records put the number around 547 cases. These mob actions occurred not only in the southwestern states of Arizona, California, New Mexico and Texas, but also in states far from the border, like Nebraska and Wyoming.

Some of these crimes did appear in the press but not as you would expect. Journalists only depicted them as violent public spectacles. For example, on July 5, 1851, a mob of 2,000 in Downieville, Calif., watched the extralegal hanging of a Mexican woman named Juana Loaiza, who had been accused of having murdered a white man named Frank Cannon. Self-styled vigilantes executed thousands of Mexicans who were local law officers and Texas Rangers without due process for their alleged role in a revolutionary uprising known as the Plan de San Diego. The whites had feared that Mexican revolutionary violence in 1915 will spread, after Mexican raiders committed a series of assaults on the economic infrastructure of the Lower Rio Grande Valley in resistance to white dominance. The raids unleashed a bloody wave of retaliatory action amid a climate of intense fear throughout that period.

While there are certainly instances in the history of the American South where law officers colluded in mob action, the level of engagement by local and state authorities in the reaction to the Plan de San Diego was remarkable. The attacks were said to have continued until the 1920s, when it declined due to pressure from the Mexican government in Mexico City.

Certainly, this report of mob violence against Mexicans in the Southwest obliges us to rethink the history of lynching. Southern blacks were believed to be the group most often targeted, but comparing the histories of the South and the West strengthens our understanding of mob violence in the US.

Probably, the report would also help change the debate on immigration policy and how the US government is going to address the issue so that mob action against any group would be a thing of the past which would be hardly remembered by the American public.