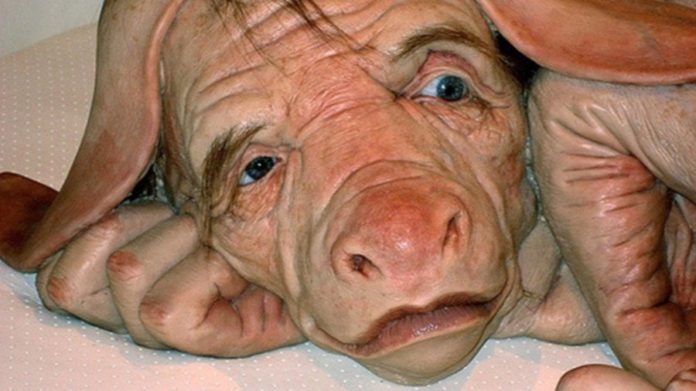 In an extraordinary feat, scientists have created the first viable hybrid part-human, part-pig embryo in a milestone study that could pave the way for doctors to grow human organs inside animals and help shorten the organ transplants waiting period. The creation of this interspecies chimera has been hailed as a significant first step towards generating human hearts, livers, kidneys, and other organs for patients in need. Professor Juan Carlos Izpisua Belmonte of the Salk Institute’s Gene Expression Laboratory, and the lead investigator of the study, commented:

“Our findings may offer hope for advancing science and medicine by providing an unprecedented ability to study early embryo development and organ formation, as well as a potential new avenue for medical therapies. We have shown that a precisely targeted technology can allow an organism from one species to produce a specific organ composed of cells from another species. This provides us with an important tool for studying species evolution, biology and disease, and may lead ultimately to the ability to grow human organs for transplant.” According to a study published in the journal Cell, scientists were able to successfully grow a rat pancreas, heart and eyes in a developing mouse, providing proof-of-concept that functional organs from one species can be grown in another large, distantly-related species. They were also able to generate human cells and tissues in early-stage pig and cattle embryos, which the experts believe could one day be used to grow transplantable human organs in farm animals.

“Besides gaining insights into species evolution, embryogenesis, and human disease, interspecies blastocyst complementation might allow human organ generation in animals whose organ size, anatomy, and physiology are closer to humans.  Ultimately, these observations also raise the possibility of xeno-generating transplantable human tissues and organs towards addressing the worldwide shortage of organ donors.”

It took the scientists four years, 1,500 pig embryos, and the stem cells from 40 people to show it is possible to grow human tissue within a pig. The team first created a rat-mouse hybrid by introducing rat cells into mouse embryos to see if animals could still develop using the DNA of another species.

After the tests proved successful, the team genetically edited out part of the mouse DNA in the hope that the rat DNA would fill in the gaps. As anticipated, the rat cells filled in the gaps forming a rat heart, eyes and pancreas within the mouse.

The team then created a human-pig hybrid by introducing human cells into pig embryos. The human cells survived and formed more than 2,000 human-pig hybrids that were transferred to surrogate sows and allowed to develop for 28 days (the first trimester of a pig pregnancy) before being removed.

More than 150 of the embryos developed into chimeras were mostly pig. However, the success rate and level of human stem cell contributions in pigs was much lower (around one in 10,000 cells) than with the rat-mouse chimeras. Although the experiment with human stem cells was interrupted after four weeks, it remains the first reported case in which human stem cells began to grow in another species. “They just wanted to see if the cells would survive during gestation, and they did, and they kind of migrated here and there to various sites, except the brain, which is interesting.  The next step would be then to see if they can get better at localizing where the human cells develop and, ideally, getting to organ genesis.”

The Guardian reported the scientists are now planning to incubate human organs genetically matched to a patient, for use in transplants or for testing new medicines more safely and effectively. Belmonte stated:

“Many animals have this extraordinary ability to regenerate. Humans don’t have that. This field of work could provide a platform for human cells to do that. Our next challenge is to guide the human cells into forming a particular organ in pigs. The ultimate goal is to grow functional and transplantable tissue or organs… This is an important first step.”

Though the breakthrough has the potential to ease the existing shortage of human donors for organ transplants, the idea of creating human animal hybrids has met with ethical opposition. Dr David King, director of Human Genetics Alert, warned:

“I find these experiments disturbing. In mythology human-animal chimeras were frightening monsters for good reason.  I don’t recall these scientists asking for the public’s opinion before going ahead with such experiments.” This article (Milestone Breakthrough: Scientists Create the First Human-Pig Hybrid Embryo) is a free and open source. You have permission to republish this article under a Creative Commons license with attribution to the author and AnonHQ.com.