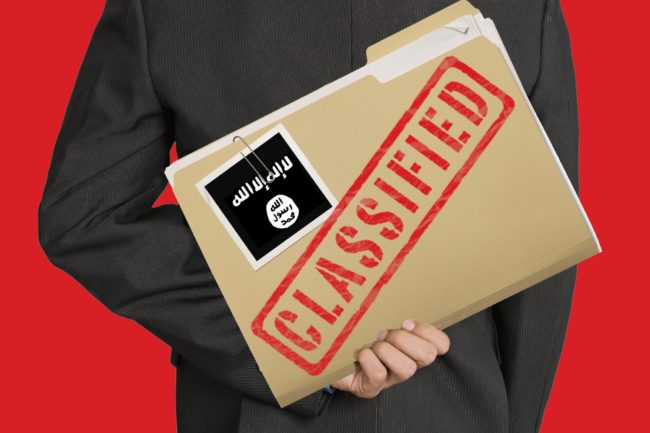 The events leading to today began last October, after a plethora of intelligence analysts serving on the ground in Iraq and Syria stepped forward – believing that the information they supplied was not what was being reported to military leaders and the general public.

Speaking under the condition of anonymity to The New York Times one of these analysts said that “senior intelligence officers are flipping everything on its head” adding that “the complaints involve the highest-ranking officials in CENTCOM’s intelligence unit” – including Army generals. Other analysts explained to The Daily Beast how “reports on ISIS and al Qaeda’s branch in Syria were being inappropriately altered by senior officials” in order to portray “terror groups as weaker than the analysts believe they are.”

The analysts did not mix words, essentially accusing the Obama administration of releasing propaganda to the American people. They believed the President instructed officers at Central Command to manipulate and/or ignore the messages of field reporters, and that this was done to make it seem as though the War effort against the Islamic state was going better than it actually was – that ISIS wasn’t spreading across the region as fast as they really were.

In total, 50 active duty intelligence analysts signed an open letter to the U.S. Department of Defense, going over the head of U.S. Central Command, asking for a formal investigation into the matter.

On Thursday 8/10/16 the Congressional report was officially released.

According to the results of the investigation, the concerns of the intelligence analysts were justified, finding that “intelligence products approved by senior CENTCOM leaders typically provided a more positive depiction of U.S. anti-terrorism efforts than was warranted by facts on the ground and were consistently more positive than analysis produced by other elements of the Intelligence Community. It further determined that numerous process changes implemented at CENCTOM as well as leadership deficiencies resulted in widespread dissatisfaction among CENTCOM analysts who felt their superiors were distorting their products.”

The results of this are profound; the job of an intelligence analyst is to give an accurate depiction of the events unfolding on the ground – in the field – in live time, so that the military has the proper information to make the best possible decisions.

These reorts and the decisions made from them have life altering effects, not just for the soldiers serving in combat, but civilians and communities within those conflict areas. When the Department of Defense is not provided with an accurate depiction of what is actually occurring on the ground, the command structure breaks down and the effectiveness of their strategy is undermined.

As Representative Mike Pompeo (R, Kansas) surmises in the report, “the United States Central Command’s most senior intelligence leaders manipulated the command’s intelligence products to downplay the threat from ISIS in Iraq.” According to Pompeo, CENTCOM “may well have put American troops at risk as policymakers relied on this intelligence when formulating policy and allocating resources for the fight.”  Not only was this irresponsible in his opinion, but Pompeo suggests bringing charges against – and arresting – all those who were responsible.

As we have see, terrorist attacks around the world continue to increase and the reach of the Islamic State is broader than ever. The manipulation of the field reports in question are said to have taken place between early 2014 to late summer of 2015, when 50 whistle-blower’s stepped forward and the subsequent investigations began.

President Obama was elected on a platform that called for an end to Iraq and Afghanistan Wars and “succeeded” in ending one. Though, for different reasons – not entirely Obama’s fault -the Islamic State has continued to grow in Iraq, it is quite clear that the situation in this country was not improved by these decisions. Now, in light of the evidence which has come to light week; the President finds himself front and center in scandal.

The U.S. military is supposed to exist independent of U.S. politics and military personnel are openly told not to discuss political affiliation, but it appears members of Obama’s administration deliberately altered – politicized – intelligence reports to make it appear as though Obama’s policies were more successful than they actually were. There is no possible way to quantify the ramifications of this, or how many lives were directly or indirectly effected.

It is important to note, however, that this particular investigation  was conducted by a Republican controlled congress and any subsequent conclusion should be take with a grain of salt. In an election year, months before said election is set to occur, everything is politicized and the Republicans may have tipped their hand. If you read the official release you might notice that only Republican Congressmen are quoted.

The information and findings may indeed be true, but given the fact that gridlock has dominated Congress for years and the media wages press wars on a partisan level, it is always important to keep your guard up. The Pentagon declined comment on the G.O.P. Congressional report as their investigation is still ongoing.

This article (Military Officials Distorted Intelligence to Downplay ISIS Threat, Make U.S. Policy Appear Successful) is a free and open source. You have permission to republish this article using a creative commons license with attribution to the author and AnonHQ. Join the conversations at www.anonboards.com.