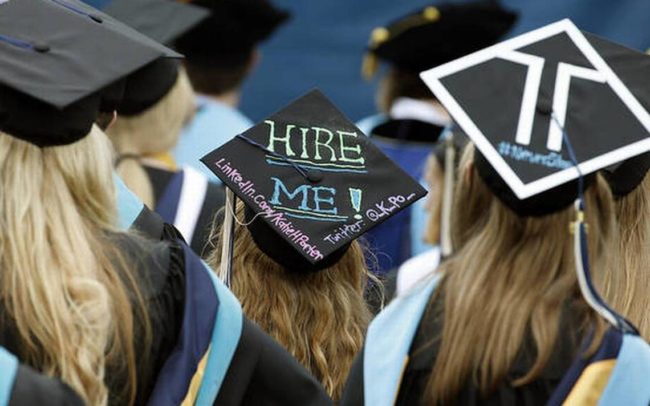 Spoiler alert: it’s not really their fault at all. The unemployment rate for recent college graduates fluctuates between 24-33% – more than double the national average. The average college student graduates with nearly $30,000 in student loan debt. Lastly, millennial graduates have entered into an economy significantly in decline since 2008 and nearly 90% of all jobs created since 2009 are part time.

The fact of the matter is that the global economy has been destroyed by the baby boomer generation; we just inherited their waste products. The world is run by 50, 60 and 70 years old’s and the youth are yet to have their turn running the global power structure. But don’t worry, our time will come soon enough. For the time being however, a recent Gallop Poll has chronicled the slight of the millennial generation.

As for why the title of this article is paraphrased and why millennials are costing the economy 376 billion dollars, to put it simply, millennials can not afford to spend any money! The study found that “between 2008 and 2015, the economy lost approximately $949 million per day and $346.4 billion a year due to the lack of millennials spending money.”

Furthermore, the study reveals that even though spending is down in America overall, the millennial generation is particularly hard hit. Despite having nearly the same population as the baby boomers, according to the data, “millennials spend an average of $85 per day and account for only 28% of all daily per-person consumer spending in the U.S.”

In conclusion to the study, Jim Clifton, CEO of Gallup, said “millennials have the capability to alter the very fabric of America….The strength of the workplace and marketplace depend on what the millennial generation can accomplish [and] if millennials cannot find good jobs, the economy will continue to lag. If they are not engaged in those jobs, companies’ profitability, productivity and innovation will suffer.”

This article (How Millenials Cost the Economy 376 Billion Annually) is free and open source. You have permission to republish this article using a creative commons license with attribution to the author and AnonHQ.   Join the conversations at www.anonboards.com