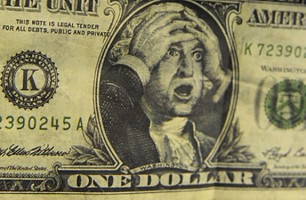 This article will take you some time to read and if you really want to understand the statements you have to click and read the links provided for context. This article was inspired by the Wall Street Journal article: http://www.wsj.com/articles/global-stocks-set-to-close-year-with-a-whimper-1451552749

This occurred after the stock market had a down year in 2008: http://useconomy.about.com/od/Financial-Crisis/a/Stock-Market-Crash-2008.htm

After the crash of 2008 there was something known as the Federal Bailouts and Federal Stimulus Package: http://www.propublica.org/article/the-bailout-by-the-actual-numbers

Over the last few years stock prices have risen and we have been setting all time record highs on a regular basis: http://www.usatoday.com/story/money/markets/2015/05/19/stocks-tuesday/27573955/

We have to keep in mind for a moment that the money given out by the FED does not mean all that much. Our national economy does not exist on any physical backing such as gold: http://www.history.com/this-day-in-history/fdr-takes-united-states-off-gold-standard

Our dollar bills are reserve notes which serve only as legal tender: https://www.treasury.gov/resource-center/faqs/Currency/Pages/legal-tender.aspx

In fact according the FED itself, only 1.39 trillion dollars actually exists in physical form: http://www.federalreserve.gov/faqs/currency_12773.htm

Our current national debt is 18.8 trillion dollars. This means if every dollar in existence was handed in right this instant only 7.4% of the National Debt would be paid off. To put it a different way, this literally means that 92.6% of all money is not real; 92.6% of “money” exists only as debt in inside of computers: http://www.federalreserve.gov/faqs/currency_12773.htm

Tying back to the “record all time high stock prices” you hear about in the news, this is to be expected. The FED has introduced trillions of new “dollars” into the economy. When we see stock prices soaring in concurrence, you understand that the two are directly correlated.  The United States is setting all time highs in other economic areas, such as National Debt, as a direct result as well: http://www.usgovernmentdebt.us/national_debt

The United States Government continues to operate under a annual budget deficit and has been doing so most this entire millennium: http://usgovinfo.about.com/od/federalbudgetprocess/a/Budget-Deficit-History.htm

For some perspective on that the matter the U.S. National Debt was 5.6 trillion dollars in 1999 before George Bush became President: https://www.treasurydirect.gov/govt/reports/pd/histdebt/histdebt_histo4.htm

By 2008 this number had grown to 9.6 trillion dollars before Barack Obama: http://www.usdebtclock.org/2008.html

In 2016 the current U.S. National Debt clock counts in around 18.8 trillion dollars: http://www.usdebtclock.org/

Barack Obama has added 95.8% of our historical, combined national debt just within the years of his presidency: http://www.washingtontimes.com/news/2015/nov/1/obama-presidency-to-end-with-20-trillion-national-/?page=all

As recorded by the Wall Street Journal post which inspired this article, U.S. stocks faced their worst annual performance since 2008. The forecast for 2016 does not look much brighter. Only in 2016 and beyond we can not ask the FED to print more money and bail us out again. We already have 18.8 trillion dollars of debt we can not pay back, asking for more debt on top of this is just madness! https://www.youtube.com/watch?v=WINDtlPXmmE

Just last month the FED raised interest rates on borrowed money for the first time in nearly a decade: http://ig.ft.com/sites/when-rates-rise/#what-is-happening

This is Important news because the more the FED continues to raise interest rates, the more money tax paying citizens lose: http://www.nytimes.com/2015/12/17/your-money/how-to-handle-your-finances-after-a-fed-rate-increase.html

This is no conspiracy theory this is the truth of the matter at hand. We are not saying 2016 we are going to have a global economic depression. We are not saying this is the biblical end times and humanity is doomed! But this is a serious cause for concern. The future of America faces a very large hurdle and this is the continued buildup of debt and the perpetual budget deficits our elected officials within Government allow themselves to operate under. For the sake of the future of this country this behavior needs to stop. In an election year we must put pressure on out politicians to start making changes.

While people waste their time distracted by, entertained with, all of the stupid and ridiculous statements Donald Trump makes, we have serious problems that require serious answers. America needs to wake up from its self induced stupor and start holding our elected officials accountable. No politician can have power if there is no one to vote for them. Start asking tough enough questions and you will soon find all the politicians we need to replace in this years elections.

If you enjoyed this article you might also enjoy this article on similar subject matter: http://anonhq.com/online-classroom-americas-central-bank-system/

This article (Wall Street Closes Off 2015 With Worst Loses Since 2015) is free and open source. You have permission to republish this article using a creative commons license with attribution to the author and AnonHQ. Join me in the conversations at www.anoboards.com