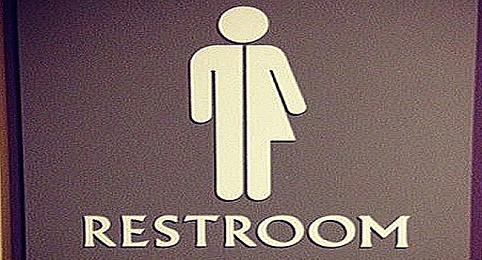 Single-sex facilities in New York, like toilets or locker rooms, will now be free for anybody with any anatomy to use. Single-sex activities will also be open for the participation of either sex.

Stopping a transgender woman from using a New York City women’s toilet will now be considered an unlawful act. Should anybody feel uncomfortable about the situation, their objections s are “not a lawful reason to deny access to that transgender or gender non-conforming individual.”

Also, employers, businesses and landlords will not be allowed to refer to a transgender woman as “him”, “he”, “bro” or “Mr” and must use the name/ pronouns/ tittle she prefers.

Refusing to use her preferred name/ title/ etc will be considered a violation of the law.

It is also illegal to depend on the person’s identification to determine the name he/ she prefers- a transgender woman may have “John” listed on her ID, but one is not allowed to call her that if she prefers to be called “Joanna”.

Confused? Apparently the solution (according to the guidelines) is to ask everyone for their preferred gender etc… and somehow remember it all:

“Covered entities may avoid violations of the NYCHRL [the New York City Human Rights Law] by creating a policy of asking everyone what their preferred gender pronoun is so that no individual is singled out for such questions and by updating their systems to allow all individuals to self-identify their names and genders. They should not limit the options for identification to male and female only…”

In order to avoid breaking the law, employers are also no longer allowed to dictate that employees wear gender-specific clothing.

Gender-identity discrimination was declared illegal in New York since 2002, but (according to  Mayor Bill de Blasio ) “today’s new guidelines strengthen those laws by ensuring that every transgender and gender non-conforming person in New York receives the dignity and respect they deserve.”

A whopping 125,000 dollar fine awaits those who violate the guidelines, while “violations that are the result of willful, wanton, or malicious conduct” will cost 250,000 dollars.

This Article (NYC Allows Anybody To Use Single-Sex Toilets ‘Consistent With Gender Identity or Expression’) is free and open source. You have permission to republish this article under a Creative Commons license with attribution to the author(CoNN) and AnonHQ.com.