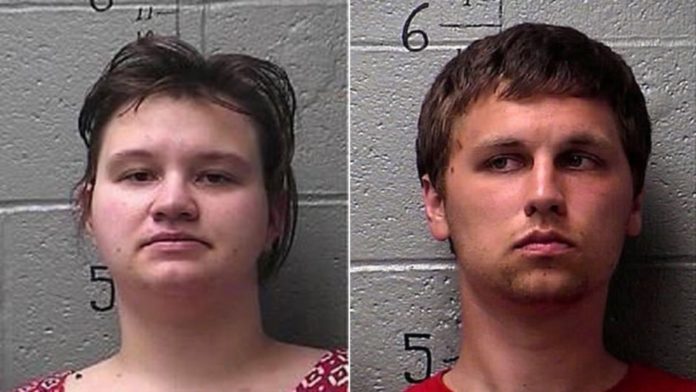 In May, a Boston teen microwaved her turtle to death and posted before and after pictures of her pet melting away in a microwave on social media probably thinking it will give her her 15 minutes of fame. Despite the gruesome murder, she felt no remorse for killing a living innocent creature.

The 15-year-old girl killed her baby pet turtle because she was bored and she thought it would be funny. She was bashed hard left, right, and center for the shocking display of animal cruelty. But what would you call Derick and Mikala Boyce-Slezak, both 22, who crossed all limits of humanity by cooking their four-month-old son in a microwave after cracking his skull?

The Missouri couple were arrested on suspicion of microwaving their four-month-old son, burning his face with bleach, and dropping him on his head. They were charged with felony child abuse and jailed on a $500,000 bond after the child was taken to Missouri’s Cardinal-Glennon Hospital wherein doctors discovered the infant had a fractured skull, a potentially fatal brain injury called a subdural hematoma, and a large second-degree burn on the side of his face.

Mikala, who claims she “had reason to believe” Derick had placed his son in a microwave and turned it on for a “short period of time”, admitted to investigators:

“The skull fracture was a result of Derick dropping the infant on his head while trying to copy a TV commercial, while the burns were caused by scrubbing his face with a towel soaked in a bleach-like substance.”

At a court hearing, Mikala invoked her right against self-incrimination when asked about the infant’s injuries; Derick did not testify.

Court records indicate Derik and Mikala are also the parents of a girl, who was handed over to social services shortly after she was born in January 2016.